For the variant in Call of Duty: Modern Warfare 2 known as the M21 EBR, see M14 EBR.

m14_scope_woodland NOTE: that woodland is the camouflage of the weapon is not actually part of it

While playing in "The Bog", and "All In" missions, the M21 with unique desert camouflage can be used (never seen in any other singleplayer or even in multiplayer) by using the give all or give m14 scoped console commands

The M21 is unlocked at Level 7. It is the second sniper rifle to be unlocked. The M21 has the lowest damage multipliers, but its low recoil and fast fire rate make it very easy to fire multiple rounds very quickly. This means that if the first shot is a miss, or does not kill the target, the shooter still has the opportunity to get the kill. Unfortunately, this can lead to the bad habit of trigger mashing, which can result in a lot of missed shots, wasting valuable ammo. It is more effective to aim and fire accurate shots individually, unless spraying is more beneficial, such as in close quarters combat. When fitted with an ACOG Scope, the M21 has almost no recoil, making it the most suitable sniper rifle for close quarters combat. Some say that for this purpose, it would be more practical to use the similar M14 rifle, as it has a larger magazine and less idle sway. But some maintain that the low recoil compared to the M14 makes it more suitable for a medium range rifle. Additionally, the M21 is unlocked much sooner (level 7) than the M14 (level 46).

Many consider the M21 to be the best sniper rifle in Hardcore modes due to its low recoil and the fact that all sniper rifles are one hit kills if a direct hit is landed. Statistically, the M21 and Dragunov are the best for Hardcore. The M21 has less recoil, and the Dragunov has slightly better wall penetration. If Deep Impact is used, the difference is not noticeable and the M21 becomes the clear winner.

with the G3, M14, M40A3, and R700. Note that the M21 can be reload canceled easily because the actual load time and the animation are different, meaning it can actually be reloaded before the player inserts the magazine.

The M21 appears in Old School Mode with 20 magazine ammunition and 10 reserve ammunition. 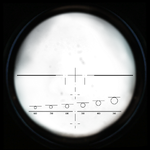 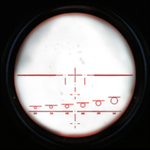 Silenced M21, used in "Blackout" and "All Ghillied Up".

The Desert Camouflage M21, seen by using the give all cheat in "The Bog".

M21 with the singleplayer Woodland Camouflage.

Smith equipped with an M21.

The M21 in third-person.

The camouflaged M21, featured in One Shot, One Kill, in third-person.

The unique M21 featured in All Ghillied Up in third-person.

M21 in Macmillan's hands.
Add a photo to this gallery

The M21 appears in the hands of both Captain Price and Captain MacMillan during a flashback to Pripyat in the opening cutscene of "Return To Sender", though it is unusable otherwise.

Retrieved from "https://callofduty.fandom.com/wiki/M21?oldid=1528285"
Community content is available under CC-BY-SA unless otherwise noted.