The M1937 ML-20 is a 152 mm howitzer used as an artillery gun by the Russians during World War II. To this date, it has only been featured in Call of Duty: World at War (Nintendo DS).

Low in straight line, but if fired with a parabola can reach very far distances

The ML-20 is only available in the level "Storming the City", used to take out buildings said to contain German artillery. It is also powerful enough to destroy German Panzers in one shot, as long as it hits the tank directly. The controls for it are exactly the same as the Mortar's controls, so it is not hard to use. 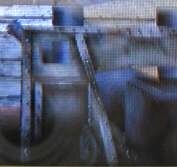 The ML-20, as seen on the Nintendo DS
Add a photo to this gallery

Retrieved from "https://callofduty.fandom.com/wiki/ML-20?oldid=2382088"
Community content is available under CC-BY-SA unless otherwise noted.