A special variant of the drone appears in the Zombies map Origins, under the name Maxis Drone.

In campaign missions, only in "Achilles' Veil" a swarm of Quads drones would be temporarily assigned to David "Section" Mason, in others it can only be acquired via accessing locked containers using the Access Kit. A interesting note is that some Dragonfires are equipped with rocket launchers whilst others have the default machine gun.

The MQ-27 Dragonfire is a scorestreak that can be used after obtaining 975 points. It is player-controlled, and the player can control it for about one minute before it is automatically detonated. It also detonates if the player leaves it prematurely, goes too far from the map or it takes too much damage. Its only weapon is a machine gun that takes five bullets to kill at close to medium ranges and seven at long range. It is seen in the minimap by enemies at all times.

It is fairly nimble to move, though it is also relatively fragile. It can be destroyed with bullet weapons rather fast, or simply one EMP Grenade given that it is in the blast radius. Oddly enough, it can survive two rockets from the FHJ-18 AA despite its weakness to conventional weapons.

The Maxis Drone is a buildable automated Quadrotor within the Zombies map Origins. It holds the brain of Doctor Ludvig Maxis, who can speak through the drone. Once deployed, it will fly around the player shooting nearby zombies, acquiring Power-Ups and reviving downed players. The Maxis Drone's weapon is the MG08/15, a unique weapon to Origins and the Zombies mode.

This Dragonfire has the name Charlene carved into it.

A first person view of controlling the Dragonfire. 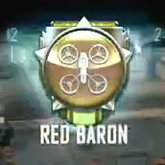 The Red Baron Medal, which can be gained by killing an enemy with the Dragonfire in Multiplayer matches. 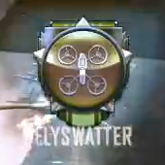 The Flyswatter Medal, which can be gained by destroying an enemy Dragonfire in Multiplayer matches.

The Dragonfire as it appears in the Scorestreaks menu.

Another view of the MQ-27 Dragonfire.

The Dragonfire returns in Call of Duty: Strike Team. The player uses it to look down and control their squad. It does not, however, have any weaponry.

2.75
The Dragonfire returns in Call of Duty: Heroes. It can be trained as soon as the Machine Compound is built. It can also be purchased decoratively for 400

. The Dragonfire can fly at a fast movement speed, bypassing walls and targeting defensive structures. Although effective in large numbers, they can easily succumb to enemy SAM Turrets and Anti-Air Mines. When used together with the EMP Skill and Soap's Seeker Grenade Skill, or Warbirds to absorb SAM Turret and Anti-Air Mine damage, Dragonfires can be the most effective unit in attacks.

"Use a drone to detect and eliminate enemies while it has power and ammo. It carries 3 infrared explosive probes."
— Description

The MQ-27 Dragonfire returns in Call of Duty: Mobile. It was added as part of the Season 2 update.

The Dragonfire's armament consists of only three explosive missiles. These missiles are able to kill enemies in one hit but have a rather short blast radius. The Dragonfire is player-controlled and has an energy meter that slowly depletes over time in addition to its HP meter. The scorestreak will end prematurely if the drone is destroyed, runs out of ammo, loses power, or the player is killed.

During the time the Dragonfire is active and momentarily after the scorestreak has ended, the precise location of all enemies are revealed through infared vision and are visible to both the player and their teammates.

Originally, the cost to get it was 750, but in the Season 4: Spurned & Burned update, the value was decreased to 650.