To unlock the song as lobby music, the player must find three different polaroid pictures of a teddy bear in various different "Employee of the Month" calenders around the map. Each teddy bear changes between each calender each game. 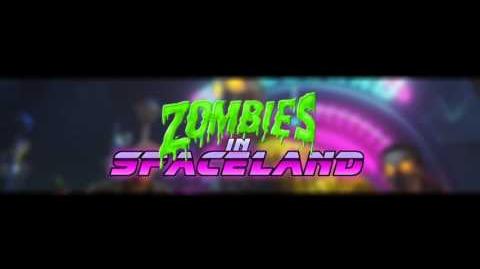 Zombies in Spaceland - MW1 Theme - The Spaceland Mix
Add a photo to this gallery
Retrieved from "https://callofduty.fandom.com/wiki/MW1_Theme_-_The_Spaceland_Mix?oldid=2413760"
Community content is available under CC-BY-SA unless otherwise noted.