Semper Fi
Makin Day is a multiplayer map in Call of Duty: World at War. It takes place on the coastal area of Makin Atoll. Unlike its counterpart, Makin, it takes place during the day, hence its name Makin Day. It is possible to find good cover here, but this map equally displays open areas, where players present easy targets if they are not careful.

This map can be downloaded for the Xbox 360 version of the game via Xbox Live Marketplace for free and is made available for the PlayStation 3 version through a patch at no cost. It is available on the PC through patch 1.2. 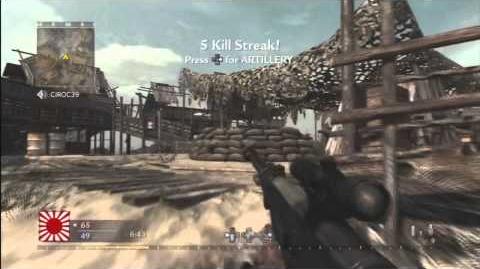