"Fearless and heavily armored, the Maniac Pointstreak spreads panic through enemy lines, charging headfirst and equipped with only a melee weapon. Found in the Assault Strike Package, the Maniac uses its high defense to get in close while shrugging off attacks. In the right hands, this Pointstreak can be invaluable to your team’s effort. Because of the limited health, it’s important to think tactically when using the Maniac. Check your mini-map and take advantage of the terrain to outflank and surprise enemy players. While you can withstand some direct fire, you won’t last long if you’re engaging enemies head on. Play smart and wreck havoc in your matches."
— Description.[1]

Maniac (referred to as Juggernaut Maniac by the announcers) is a 10 Pointstreak (nine with Hardline) that appears in Call of Duty: Ghosts. Once obtained from a dropped Care Package, players will receive a Juggernaut-like armor and a Combat Knife along with a Throwing Knife. The Maniac has unlimited sprint and runs faster than normal Juggernauts, as well as other players. Along with the Juggernaut, the Maniac does not regenerate health. Maniacs cannot be targeted by air support and Sentry Guns, meaning the player has also received Blind Eye. Wearing the Juggernaut Maniac suit will also highlight deployed explosives within the player's vision, equipping the player with SitRep.

Unlike a normal Juggernaut, Juggernaut Maniacs do not show up as a red diamond on the minimap. This balances it as the player using the Maniac is resorted to only close quarters combat.

The Elite PMC outfit from Call of Duty: Mobile looks very similar to the Maniac.

The Maniac as it appears in-game. 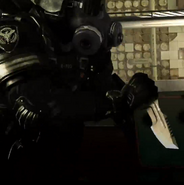 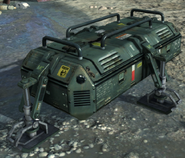