Call of Duty Wiki
Register
Don't have an account?
Sign In
Advertisement
in: Articles to be expanded, Call of Duty: Black Ops III Multiplayer Maps

Metro is a map in Call of Duty: Black Ops III. It takes place in a train station in Zürich, Switzerland.

The map consists of the interiors of a train station on both sides of the tracks, an underway passage, the border of an adjacent lake and the outside areas on both sides of the train station. There are several long-range sightlines throughout the map, with few close-quarters areas, making assault rifles, sniper rifles and light machine guns favorable on this map. Every few minutes, a train will go through the station on one of the tracks, killing any players on its path. There will be audible warnings of the approaching train, and edges will be raised by the platforms. Players touching the train while it's moving will also be killed instantly, though they can crouch or slide under it as the train is hanging on a rail above it. 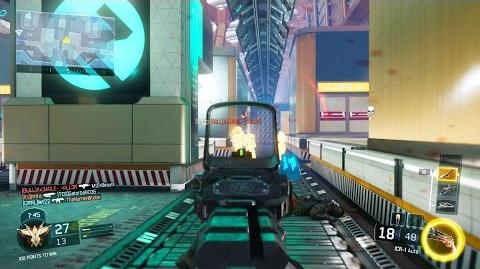