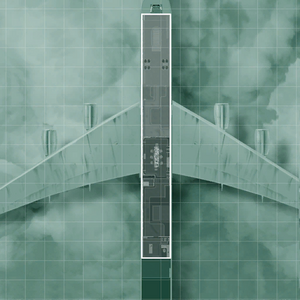 At the start of the mission, Makarov talks to a Russian Inner Circle soldier, the player, over the radio. The mission then starts immediately with a slow-motion breach and player battles a FSO security detail protecting the aircraft. At some set moments, the plane will lurch over, and all the enemies will lose their balance, allowing the player to get easy kills, as they will not be affected.

A second breaching scene happens right before the conference room. Once there, they will need to grab the president by pressing the appropriate button next to him. However, multiple F.S.O. agents will appear from the back door, one using a Flashbang. This mission requires the player to complete it in a time limit; on Regular or solo play, the time given is 3:30 and on Hardened or team mode, it is reduced to 2:25. As for Veteran, this limit is 1:50, in single player and multiplayer.

In Milehigh Jack, the player assumes the role of the hijackers from "Turbulence". This mission starts on the lower level as the player breaches the cargo area.

There is 2:25 in team play and 3:30 in solo to capture the president. Push to the bathrooms and toss a Flashbang into the lobby ahead. This gives the player a little extra time and slow-motion while the enemies are stunned.

After the player takes down the enemy at the top of the steps, throw another Flashbang upstairs and then move up. Have the front player crouch down at the top so his teammate can shoot over his partner.

Fight the way to the meeting room door and reload before breaching. A lone guard, Commander Leonid Pudovkin himself, is in the far right corner, and the rest are congregated in the back left. Have the player on the left eliminate Pudovkin on the right and join his partner in assaulting the group. They come through a door at the back of the room and will throw a flashbang at the player, this can be avoided by hiding behind the doorway once it is thrown.

Be careful not to shoot the president, who is crouched behind the table. Anyone else is fair game. Once the room is clear, move in and capture the president.

The ambush for the President.
Add a photo to this gallery

Retrieved from "https://callofduty.fandom.com/wiki/Milehigh_Jack?oldid=2523608"
Community content is available under CC-BY-SA unless otherwise noted.