"Airstrike that covers an area in napalm."
— In-game description.

The Napalm Strike is a 5-killstreak (4 with Hardline) air-strike type reward, costing 2400 CoD points to unlock. Once its target is designated, it flies in a straight line towards the target whilst dropping canisters of Napalm in its path, killing any and all (Hardcore game modes) opposition in its present. It shares many commonalities with the Precision Airstrike in the Modern Warfare series, being a fast-response, air-strike type killstreak.

The kill-streak contains many operational similarities as the Rolling Thunder, requiring the player to call it in via a radio, position the target and adjust the angle of entry (For PC, operators must hold down the default Left Mouse button key and turn the mouse left or right to adjust the angle). Unlike its Modern Warfare counterpart, the Precision Airstrike, it drops less bombs (canisters in this case), requires only 1 aircraft instead of 3 and leaves flames which can linger on the map and deal damage over time to any players it contacts. Its fast-pace, near-instantaneous arrival at the target will leave the opposition forces little opportunities to take action or cover to protect themselves against the killstreak before it releases its load. Its arrival on target takes less time than the Rolling Thunder at a good 4 seconds till weapons release, unlike the Rolling Thunder's 7 seconds. The operator or the operating team can take measures to either conceal its arrival or increase its effectiveness. The Jammer has the ability to both conceal the incoming killstreak from the mini-map, as well as partially (or completely) muting the opposition team's announcer's ability to alert the killstreak's presence to any opposition members within its effective radius. The operating team can utilize a Counter-Spy Plane for a map-wide effect, but lacks the announcer voice scrambler ability present in the Jammer. In the case of a Counter-Spy Plane in effect, the operator can wait to "stack" the killstreak to conceal its presence by calling it the second the announcer makes an announcement. The announcer will be forced to wait between dialogues, giving the killstreak 2 or 3 extra seconds of travel time before the game announcer makes note of its presence (by that time, the aircraft would have already released its payload over the target before the announcement is completed).

The F-4 Phantom delivering the airstrike, like the B-52's Rolling Thunder, is not solid and therefore invincible. Free-fire rockets, Anti-Aircraft rockets and other kill-streaks either will not damage it or pass through it completely. SAM Turrets will not target it. For this reason, some players may prefer killstreak over others (such as Care Packages), as those can be shot down fairly easily or quickly and even before they release their payload or reveal the user's position Also, the Care package only requires the same amount of kills, so Napalm Strike is more appealing for faster, instant dispatch of opposition. Its effectiveness is mostly dependent on the targeting placement of the strike by the operator. The killstreak can wipe out an entire teams, or hit no one at all. On a Care Package, a Napalm Strike has a 3% chance of being the result, and a 4% chance after a reroll.

On small maps like Nuketown, a well placed Napalm Strike can easily dispatch the entire opposing team as the splash damage and flames can kill and bar opposing players in its path from advancement, but this can pose a risk to the operator's life too. On a very rare occasion, a player can get a double-kill or multi-kills from each enemy on the map Nuketown, or due to badly placed A.I-controlled spawns. For game modes where teams have set spawns, no kill-streak restriction time and carry-through-round killstreak enabled (such as Hardcore Capture the Flag), calling in an airstrike against opposition the instant the round begins has the ability of wiping out the entire opposing team. This allows for an additional 5 or 10 seconds of unopposed ground advancement by the team which called it in that is, if there are no survivors on the opposing team. Any survivors may be barred from advancing for an extra 15 seconds if they do not have Flak Jacket Pro equipped.

Use of Napalm Strike in Hardcore modes is questionable at best, since it is likely to kill as many teammates as it does opponents. The killstreak initiator can provide initial text or voice-chat warning in Hardcore mode (or any other game mode with friendly-fire enabled) to friendly forces before calling it in, minimizing collateral damage.

After Title Update 8, Treyarch has made the Napalm Strike nearly incapable of killing players inside buildings, with bad connection, or Nuketown being one of the most experienced cases.

When deciding when to use the Napalm Strike, assess the current situation first. If the player's team is holding two flags (A and B for example) and the enemy are rushing from C in a mass effort to capture B, point the Napalm Strike at B in the direction of C Flag, with the narrow tip of the cone over B and widens as it spreads towards C. This will ensure that the explosives hit B first, killing all attackers, and later burning those still making their way from C to B.

Vice-versa, if the player's team only has the C Flag and need to capture B, reverse the direction of the Napalm Strike and tilt it slightly to where enemies are camping near B. This will incinerate most if not all of the enemy defenders and also provide the player and the player's team a 10-second trail of protective fire. Take note that although the player's team will not be affected by the after-burn in Core Domination, the player who called in the strike can still die by lingering in the fire for a little over 2 seconds. Flak Jacket Pro reduces this suicidal effect.

For defending the player's team's flag, adjust the striking angle so that it covers mostly ground and not on top of buildings. Place it over the flag to deter anyone from attempting to grab it.

Attacking wise, it is advised that Tier 1 Perk be Flak Jacket Pro and Tier 3 Marathon for this tactic. Assuming that the player is fighting a well-rounded team, with at least 2 or more defenders and only 2 flag runners. These defenders would be taking up defensive positions in the proximity of their flag. Before entering their flag-zone, place the Napalm Strike so that the area it encompasses is near any openings or partial covers. If the initial explosion does not kill them, the afterburn should do the job as it radiates fire damage if one is close to it. Toss a Willy Pete at another flag-runners' route to distract any surviving defenders, all that's left now is to grab that flag.

Attacking or defending, it is a good killstreak to spawn trap enemies.

If defending, launch this by one of the Bomb sites. If one site is already active, it is good to block entrances to that site. If one suspects the enemy is planting, the player can just launch it directly over the bomb site.

If attacking, spawn trapping is a good way to plant the bombs. If an enemy is defusing the bomb, just launch it over the site.

If killed near the bomb after planting it, a good strategy would be to use a Napalm Strike on the bomb just planted on to buy some time by killing the defusers.

Napalm Strike being delivered by an F-4 Phantom.

The F-4 drops the napalm. 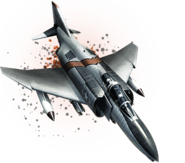 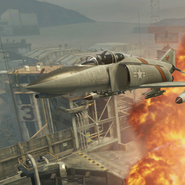 Another view of the F4 that delivers the Napalm. 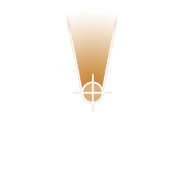 The targeting reticle for the Napalm Strike. 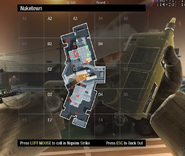 Calling in a Napalm Strike in-game.

The Napalm Strike returns in Call of Duty: Black Ops Cold War as a scorestreak.

The scorestreak may be shot down by the Air Patrol, but its not fast enough to do so before the Phantoms release their payload.

"Scorch nearby enemies and fill the battlefield with smoke."
— Description

The Napalm Strike returns in Call of Duty: Mobile as a scorestreak under the name Napalm. It was added as part of the Season 2: Day of Reckoning update.

Compared to previous iterations, it completely covers an entire line from two points determined by the player. 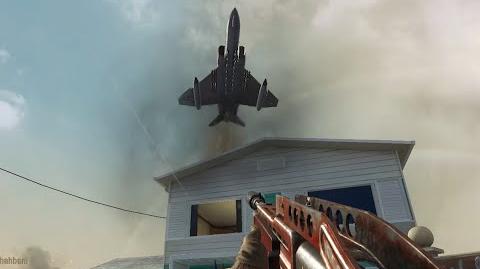