Call of Duty Wiki
Register
Don't have an account?
Sign In
Advertisement
in: Stub, Call of Duty: Ghosts Pointstreak Rewards

The Night Owl is a 10 (9 with Hardline) support point streak featured in Call of Duty: Ghosts.

It is an unmanned aerial vehicle that follows the player similarly to the Guard Dog. When deployed, the Night Owl will destroy any hostile lethal and tactical equipment such as Grenades and mines within its proximity in a manner similar to a Trophy System, and it has a portable radar which detects enemies sans Off the Grid. If the player dies, the Night Owl will try to go back to the player's position as soon as they respawn, similarly to an Escort Drone. This effect can be very deadly to the player, however, as enemies can simply follow the Night Owl as it is returning to its owner. This effect can also be very helpful, as the Night Owl is capable of destroying several pieces of equipment along the way, as well as possibly revealing an enemy's position for the player's teammates.

Due to how the Night Owl destroys projectiles via a round of buckshot, this can end up killing or severely injuring the player if the projectile in question is right around their person. However, the same can be said for enemies within close proximity of the player.

It commonly stands out when the player is moving, as it flies about a foot above the player's head, and about a couple of feet behind the player when they're moving. As well, the Night Owl is quite fragile, as concentrated fire on the Night Owl will easily destroy it. A Ground Jammer can also destroy the Night Owl. Due to the Night Owl's aforementioned weaknesses, and the fact that it can easily blow a player's cover, makes it so the Night Owl is a rare sight on the battlefield, often not being used due to how it makes the player more noticeable, and how it can inadvertently injure or even kill the player.

The Night Owl proves most effective for highly offensive or defensive players. Offensive players benefit heavily from the Night Owl destroying stray I.E.D.s and C4, proving less of a need to use SitRep, while the portable radar can also help detect hidden enemies. A highly defensive player becomes much more difficult to dislodge with the popular Grenade Launchers and Kastets, lessening the need to use Blast Shield, which proves ineffective against Danger Close users, as well as helping detect incoming assailants. The Night Owl is one of the best defenses against explosives in the game.

The Night Owl will last for sixty seconds before self-destructing. 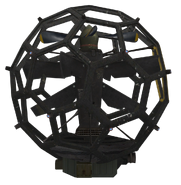 Render of the Night Owl's model. 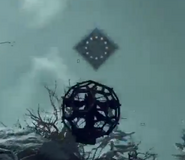