Call of Duty Wiki
Register
Don't have an account?
Sign In
Advertisement
in: Articles to be expanded, Call of Duty: Black Ops III Gametypes

Nightmares is a mode in Call of Duty: Black Ops III.

The mode serves as an alternate version to the Campaign, introducing zombies as the main enemies for the player to fight (alongside some human and robotic enemies) as well as a new story. It is narrated by a female player, who is stuck in "a void" between life and death; and Dr. Salim, who is in contact with the player via interfacing within the DNI cognition. It follows the Player as she recounts the events leading to the outbreak of the undead, taking the Player through the similar Campaign missions, but now fitted with zombies and in a new, different order for most levels.

While borrowing the main content from Campaign, some features from Zombies are also available in this mode; including random power-ups and the Mystery Box (which is labeled as the "Magic Box" in-game). Power-ups aren't just like the ones in Zombies, but they also offer many weapons with or without optics, attachments, and camos, abilities such as fireflies, and special effects such as time freezing. "Magic Boxes" are also free and can be used permanently with no teddy bear appearing from one's uses. However, Perk-a-Colas and GobbleGum aren't available throughout the mode.

The Player is accompanied with the characters from Campaign, but they are never heard, but are seen talking instead. During long conversations, the Player usually chats with Dr. Salim, as she is being interrogated and answers what Dr. Salim asks. The Player also has the wall-run ability instantly along with micro-thrusters, allowing higher jump boosts similar to the ones in Multiplayer.

Nightmares is not available on Xbox 360 or PlayStation 3.

Ranking up is possible by completing the same calling card challenges from the Campaign. However, it is impossible to actually complete all calling cards in Nightmares.

Nightmares is unlocked by default on the current version, though previously it could only be unlocked by finishing the Campaign or by entering the code "DREAMLAND" in the Data Vault.

To activate the keypad to enter this in the Data Vault, first highlight the Emblems button. Then go up one so there is nothing highlighted, as if the player was trying to access Dead Ops Arcade 2: Cyber's Avengening. Next, hold down what is the fire button, switch weapons button and use button (R2, Triangle and Square on PlayStation 4; RT, Y and X on Xbox One), for the default button layout all at the same time. This will bring up the keypad.

The collectibles in Nightmares are in the same locations as in Campaign. They all take on the appearance of a teddy bear with a green glow around them. After collecting a certain amount of collectibles in each level, a musical Easter Egg from previous Zombies maps will be available to listen to in the music player in the Data Vault in the player's Safehouse. The player will know it is unlocked when the background music changes to the Easter Egg song. The songs are quiet when unlocked, so listen carefully. It is not necessary to complete a level in order to unlock the song from that level. Below is a list of levels with the songs found in that level: 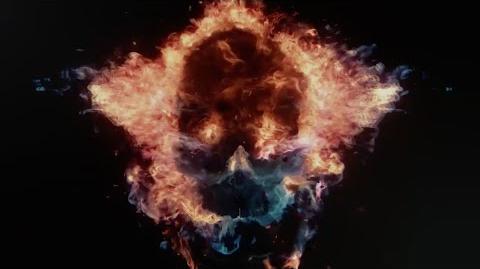