Call of Duty Wiki
Register
Don't have an account?
Sign In
Advertisement
in: Call of Duty: Black Ops Lethal Equipment

"Ever heard of Nova 6? It's a chemical agent that came dangerously close to being used in World War II... and the Cold War."
— Rachel Kane

Nova 6 is a biochemical weapon developed by Nazi, Soviet, and Coalescence scientists in Call of Duty: Black Ops continuity.

In Call of Duty: Black Ops, Nova 6 was originally developed by Nazi Germany during the course of World War II by Friedrich Steiner and intended for use in V-2 rockets targeted at major capital cities, such as Washington, D.C. and Moscow. It was later seized, refined, and used by the Soviets, as a component of a grand Soviet sleeper-cell plan by Dragovich. Preventing its release is one of the primary aims of Alex Mason and the CIA in the 1960s.

Before the events of Call of Duty: Black Ops III, Nova 6 was being secretly manufactured by Coalescence Corporation, on behalf of the CIA Black Project named SP/CORVUS. Due to an incident in a laboratory deep beneath the earth, possibly from the birth of the AI virus Corvus, trace amounts were accidentally released into urban Singapore, enough to rapidly cause hundreds of thousands of deaths and creating a permanent quarantine zone in what would become the worst unexplained industrial disaster in history. In the final ambiguous mission of the campaign "Life", it also appears to be the cause of death of Rachel Kane after being tricked by Corvus.

According to a microfiche in "Payback", Nova 6 contains neodymium, rhenium and sulfur.

Development began in January 1944 under the leadership of Friedrich Steiner, and by 1945, weaponized samples had been produced in sufficient numbers to arm at least a battery of V2 and the experimental V3 rockets.

According to reports made by MI6 at that time, the original Nova 6 test site located outside the municipality of Poland was destroyed by heavy bombing. Subsequently the compounds were transported along the Elbe River to a freighter in the North Sea. Officially, MI6 claimed the freighter was sunk under the direct order of attack and the shipwreck was locked in the Arctic ice. In actuality, the SS survivors tried to salvage what they could from the ship, and then rigged the ship with scuttling charges to prevent capture by the Allies. By the time the work was completed, Berlin had fallen and the war in Europe had ended, making an Allied attack inevitable.

In October 1945, after Kravchenko and Dragovich learned of the project's existence from Dragovich's interrogation of German prisoners-of-war, they begin to search for the freighter. The mission was successful in capturing Steiner (who had contacted Dragovich to cut a deal for his own life) and the stockpile of the gas on board. Due to a longstanding grudge, Dragovich had the members of Reznov's squad used as test subjects for the gas to witness its power. While Dimitri Petrenko, Vikharev and Belov were gassed to death, Reznov, Nevski, and Tvelin managed to escape the gas chamber with the arrival of the British Commandos dispatched to secure or destroy the Nova 6. Dragovich, Kravchenko, and Steiner fled, while Reznov and what was left of his men managed to escape the attack and activate scuttling charges to destroy the ship and the Nova 6 along with it.

While the original sample of the gas was destroyed, Steiner, Dragovich, and Kravchenko escaped with small samples of the gas; with Steiner alive, the Soviets were able to re-synthesize the gas. According to CIA intelligence, in 1959 Dragovich finally obtained the Party's approval on the use of Nova-6 as a first strike weapon in the event of World War III.

In 1964, a British chemical engineer, Daniel Clarke, defected and joined the Nova 6 research team to help stabilize certain "volatile compounds". But in 1968, he had escaped to Kowloon City in Hong Kong. Dragovich sent Spetsnaz operators to eliminate Clarke, but CIA agents Jason Hudson and Grigori Weaver were able to reach him first and obtain information about the Yamantau complex where Nova 6 was being weaponized, as well as the number sequence that would be used to activate the gas. Clarke was killed before he could be safely extracted however, and his Kowloon lab was destroyed.

The Soviet produced Nova 6 was developed in a secret facility at Mount Yamantau. Compared to its German predecessor, it was more stable in transport and far more lethal when in use. It was a component gas, mixing two different chemicals to form the final product. First lab-tested in Rebirth Island and then field-tested in Vietnam, Laos and Cambodia. It also saw use in the fighting at Rebirth Island. Both sides, who were anticipating its use, continued the fight in Hazmat suits.

In Dragovich's plan to "strike at the very heart of the west," sleeper agents all across the United States, logistically supported by front company GKM, would release Nova 6 after receiving the broadcast from the Rusalka, a broadcast station disguised as a Soviet freighter. This was to be done as a crippling first-strike in the event of Soviet invasion against the US. However, after Mason remembered the location of the broadcast station, the U.S. Navy bombarded the ship and destroyed the relay, stopping Nova 6 from being unleashed.

Project Nova was briefly revived by Schlussel in the Winter of 1977, years after his mentor, Friedrich Steiner, was killed. He returned to the Yamantau complex and attempted to resume operations, but the CIA caught wind of it and a group of soldiers lead by Frank Woods fought their way into the complex and killed Schlussel inside. Schlussel had also developed an ICBM with Nova 6 dispersal units, and one that was being tested in Mt. Elbrus was destroyed by Woods. Much like his predecessors, Schlussel tested his Nova 6 on human subjects, as seen when he does so to a captured American soldier.

In January 1984, Vikhor "Stitch" Kuzmin, a Soviet operative who was formerly in charge of the production of Nova 6 on Rebirth Island, once again began recreating the agent for Perseus. Stockpiling the agent at the Mall at the Pines, Stitch lured his archenemy Russell Adler and a small task force to the mall and ambushed them with his own men, seeking to eliminate Adler for stabbing out his eye and subsequently causing him to be dishonored by Kravchenko years prior.

Nova 6 has been the chemical agent responsible for the "Singapore Incident", where trace amounts of the gas were released into the atmosphere as result of the SP/CORVUS DNI experiments gone wrong, killing 300,000 citizens in Singapore. Several Nova 6 canisters also can be found around the old Coalescence facility in the mission "Hypocenter". An unmarked canister of Nova 6 can be collected by the player as well. During the mission "Life", Nova 6 is seen inside the Coalescence Corporation headquarters at Zurich, as a part of renewing the Corvus back project. In the mission "Life", Rachel Kane is killed by the gas after releasing it into an airtight lab that she seals herself in, in order to prevent another Nova 6 outbreak as in the Singapore disaster.

In the Nightmares version of the Call of Duty: Black Ops III campaign, it is revealed that Nova 6 was fused together with Element 115 to create a mind control serum during the DNI testing in the Coalescence facility in 2060. However, it backfired and created a portal to Malum, which allowed Deimos to escape from Malum. He then releases 61-15, the name of the new combination of the two elements, around the world in gas form, in order to create his undead army. 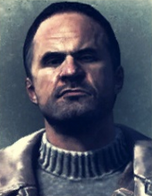 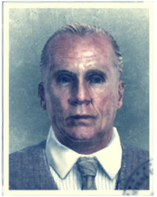 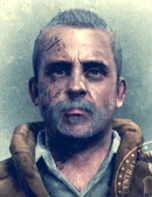 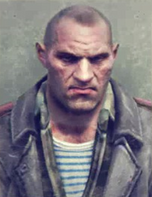 According to the periodic table, the three basic elements in Nova 6 are Sulfur (S), Rhenium (Re) and Neodymium (Nd).

In the form the Nazis developed, Nova 6 appears as a dark green gas. Upon inhalation, it causes vomiting, violent coughing, muscle convulsions, bleeding from the eyes, and blackening of the skin (necrosis), followed by an agonizing death within 10–20 seconds of exposure.

In the form the Soviets manufactured, Nova 6 retains its green color, albeit with a slight yellow tint, and has a much more instantaneous effect. Once inhaled, the victim suffers violent coughing, nausea, vomiting, suffocation, bleeding from the eyes, and scaling, burning skin, with death "occurring before the body can even hit the ground".[1] This has a 100% fatality rate, as noted by Dr. Clarke in "Numbers". According to Kravchenko in "Victor Charlie", the gas was tested on infants, causing death within 30 to 40 seconds. It is easily noticeable and can be avoided by using gas masks and MOPP-4 hazmat suits, but its extreme potency, lethality and lack of an available antidote still makes it a horrific weapon when used against a civilian target.

The Coalescence produced Nova 6 is mostly similar to the Soviet form, although its color is now light green. Effects on victims seem to be the same as the Soviet variant as evidenced in "Life".

Dimitri Petrenko as he dies from Nova 6. 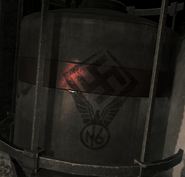 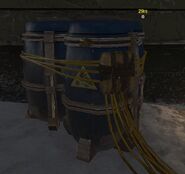 A picture of the Nova 6 shown in the cutscene before "Redemption".

Original Nazi containers as seen in the labs in "Five". 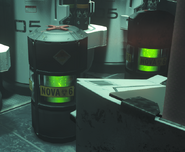