"This fan favorite map from Black Ops has returned in a big way for PS4, Xbox One and PC. It has been re-designed from the ground up to highlight Treyarch’s new momentum-based, chained-movement system, allowing players to battle in this adrenaline-charged new NUK3TOWN map. Set in the year 2065, players will experience a fresh take on this classic run-and-gun, close-quarters multiplayer map."
— Official Description

Nuk3town is a multiplayer map in Call of Duty: Black Ops III. The map is a Coalescence Corporation simulation based off the original Nuketown and Nuketown 2025 but has been redesigned in ways that utilize the new movement system. Nuk3town was available to users that pre-ordered the game and since March 21, 2016, for everyone for free[1]. This map is unavailable for Xbox 360 and PS3, however.

The featured Easter Egg on Nuk3town, like its predecessors, involves the mannequins standing and sitting all around the map by shooting off all of their heads within the first two minutes of the game. A bell sound will trigger when it is achieved, and all the mannequins will start walking towards the player like Zombies. A "zombie mannequin" has 100 health like the player, but they do not drop power ups like their organic counterparts. It takes three hits to kill the player,  and they can jump to reach upper floors. They will continually spawn until the game ends.

There is a second Easter Egg which also features the mannequins, but this one requires all of the arms to be shot off within the first two minutes of the game. This results in the same outcome where the mannequins become "zombie mannequins," but with one additional gimmick: in a reference to the Weeping Angels from the British TV show "Doctor Who", the mannequin zombies behind the player, or the ones the player doesn't see, will follow them. Also, when the player turns around and looks at them, they freeze completely.[2] 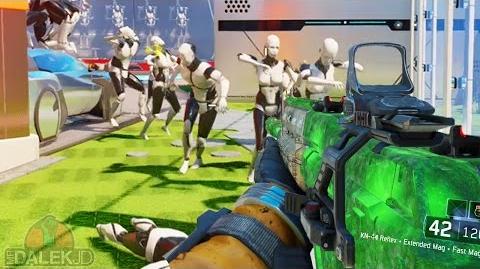 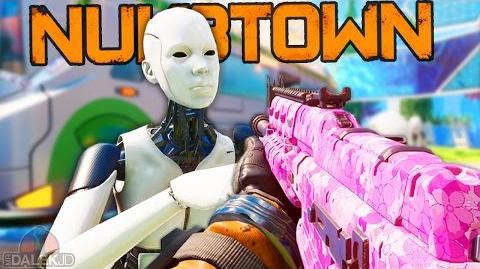 Another poster seen in the bedroom.

A teaser featuring the skull in the trailers.

The Infinite Warfare ending.
Add a photo to this gallery 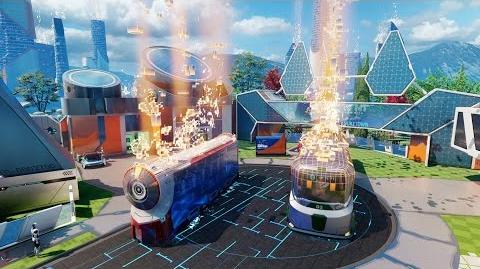 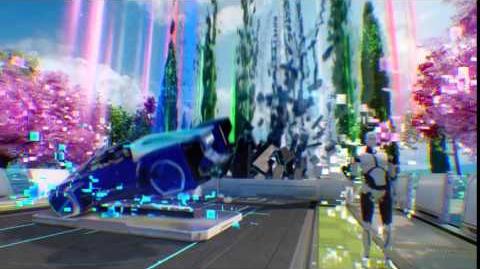 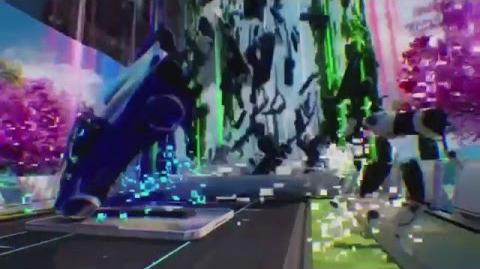 Retrieved from "https://callofduty.fandom.com/wiki/Nuk3town?oldid=2488936"
Community content is available under CC-BY-SA unless otherwise noted.