Escape with Dr. Clarke
Defend against the Spetsnaz assault
Escape with Weaver

"Investigate the extent of Project Nova by investigating one of Dragovich's former associates."
— Briefing

"Well, no thank you, Dragovich! I can clean up my own mess!"
— Daniel Clarke, before blowing a helicopter up with C4.

"Numbers" is the seventh campaign mission in Call of Duty: Black Ops. The setting of this map is also featured in the First Strike map pack. A thunderstorm and heavy rain set the tone for this level.

Extraction team: Hudson, Weaver and Station 3 operatives on the ground.

The level takes place in Kowloon City, Hong Kong. It involves torturing Dr. Daniel Clarke, a prisoner as well as scientist in the Nova 6 project, as Hudson along with Grigori Weaver, this is something the player does himself with context-sensitive commands. When torturing Daniel Clarke, the player will smash a glass window, place a shard from it in the mouth of Daniel Clarke, and proceed to punch his jaw twice.

After the torture scene, the Spetsnaz discover their positions and the player will have to escape the area through apartment buildings and across rooftops. One part in the mission, the protagonists come across a weapons cache behind a fridge after Weaver and Clarke push it out of the way.

As they fight through the rooftops, the player continues to interrogate Clarke. As they attempt a large jump, Clarke begins to slip and is saved by the player. Hudson asks about the "numbers" and as Clarke explains what they mean, he is shot in the head with a sniper. Hudson lets go of Clarke's corpse, which falls onto the Kowloon street. Hudson falls through one of the canopies, with enemies closing in on his position. Friendly agents then arrive in a van and kill the enemies, allowing Weaver and Hudson a quick getaway. As the two get in, Hudson informs the driver of the information that he managed to get from Clarke. 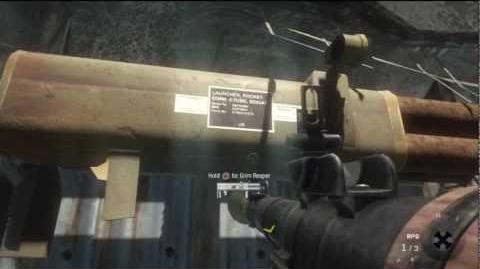 Concept art of the rooftops.

On the rooftops of the apartments.