Of Their Own Accord

Follow Sgt. Foley.
Secure the enemy 'crow's nest' on the fifth floor.
Snipe enemies firing on the evacuation site.
Use Javelins to destroy enemy vehicles.
Get to the helicopter on the rooftop.
Man the helicopter minigun.
Destroy targets of opportunity.
Defend the crash site. 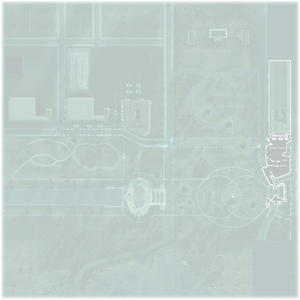 "/// EMERGENCY EVACUATION IN PROGRESS. /// HEAD IMMEDIATELY TO YOUR NEAREST SERVICE SHELTER. TROOPS WILL BE THERE TO MEET YOU. /// BE AWARE OF YOUR SURROUNDINGS. REMAIN ALERT. //"
— Emergency Broadcast System

"Protect the evacuation site at the Washington Monument."
— Description

"Of Their Own Accord" is the eleventh campaign mission in Call of Duty: Modern Warfare 2.

Elements of the US Army, including the 75th Ranger Regiment are recuperating in an evacuation center, which is beneath the Washington Monument in Washington, D.C. Unfortunately, the site has come under attack by Russian forces that are advancing into Washington, D.C. and the site itself must be evacuated by the helicopter group Reaper Two. The Russians have captured many buildings in the capital, erecting SAM sites and pillboxes with caches of captured anti-vehicle weapons in the northern half of the city. After retaking the Department of Commerce building, Ramirez and the rest of Foley's squad halt the Russian advance on the Washington Monument by utilizing re-captured Javelins. Despite their efforts, the squad is overrun and forced to evacuate via a UH-60 Black Hawk helicopter. Manning the minigun, Ramirez is able to buy the evacuating forces some time, but the helicopter takes numerous hits from SAM missiles and crashes. Making a desperate last stand, the Rangers are about to be overrun by Russian troops as a searchlight passes over Ramirez, blinding him.

In this level the player controls Pvt. James Ramirez, starting in a makeshift hospital the army made beneath the National Mall. Here, there are many wounded soldiers, body bags, and soldiers struggling to focus on work while the fighting ensues outside. There are several weapons that can be picked up before walking outside, including a scoped M14 EBR, an M16A4 w/ Red Dot Sight, a Desert Eagle, and an AT4. As the player exits the bunker, the damaged Washington Monument can be seen as the war rages into the city of Washington D.C. Two M1A2 Abrams tanks, one far in front, the other with the player, provide cover fire for the Rangers. However, when the Ranger squad moves up, both are destroyed by incoming Russian fire. Hunter 2-1 advances along a road where additional M16s can be picked up off of dead soldiers. Eventually the player will reach the Department of Commerce, where several M14 EBRs and an AT4 lay against a wall. Russian forces in the building bring Hunter 2-1 to a halt. An LAV from Brigade Combat Team 1 is peeled off to provide fire support.

Sgt. Foley leads the squad through the Department of Commerce (Herbert C. Hoover Building) where a SAM site may or may not be destroyed on a balcony before coming to the southwest corner of the fifth floor. The player provides fire support with a M82 with a Thermal Scope against Russians armed with Javelins. Once this is completed, the player defends the position from "foot mobiles" (soldiers) coming into the building. Through using Claymores to cover the advance corridors, the Russians halt their assault on the stronghold. Foley then directs the squad to use enemy Javelins to take out as many enemy vehicles as possible, buying the Washington Monument evacuation site valuable time to extract the wounded civilians and soldiers; however, one (or more) Mi-28(s) will take notice and attack the crow's nest in which Hunter 2-1 is located. These can be shot down with Javelins, an assault rifle, or grenade launcher (although this is extremely difficult); this is not required as an objective, and may allow Russian soldiers time to flank the player.

Command then informs the squad that they are in danger of being overrun by Russian forces, suggesting that they retreat to the roof. The squad rendezvous with several Navy SEAL teams on the roof, boarding a UH-60 Black Hawk and the player mounts a minigun loaded with High Explosive rounds.  As they fly over the battlefield, two M1A2 Abrams tanks are rolling down below, and soon one is destroyed by Russian fire.  Dagger-Two-One flies to neutralize more Russian infantry and vehicles at the World War II Memorial, with the help of another helicopter, Dagger-Two-Two. Dagger-Two-Two is shot down and the player's helicopter alone engages the Russians, killing large amounts of infantry and also destroying two BTRs, two tanker trucks, and a gunship. Despite their efforts, however, Russian forces overrun the area and Overlord orders the immediate evacuation of all civilians and wounded personnel still remaining in the city, issuing "Evacuation Order April". The chopper is hit by enemy SAM fire from the Robert F. Kennedy Department of Justice Building. Sgt. Foley tells the pilot to bring it up and take out any SAM sites. The chopper soon takes another hit and crashes.

Ramirez and several other Rangers survive to make their last stand. Pvt. Wade hands the player an M4A1 with one full magazine, but gets hit by a stray bullet and is killed in the process. From where the squad is trapped, they fend off as many Russian troops as possible with what ammo remains. After using up the last magazine Sgt. Foley gives the player, a Havoc searchlight light shines on the player, whiting out the screen as the level ends.

Main article: Of Their Own Accord/Transcript

Engaging troops from the Black Hawk.

Another angle of the semi-destroyed Washington Monument.

A wounded soldier at the beginning of the level.
Add a photo to this gallery

Main article: Of Their Own Accord/Trivia

Retrieved from "https://callofduty.fandom.com/wiki/Of_Their_Own_Accord?oldid=2483262"
Community content is available under CC-BY-SA unless otherwise noted.