Refinery
Find a suitable landing zone for the assault team.
Secure the refinery and repel the SDF forces.
Find cover from the Olympus Mons.
Cover the marines from the roof.

"Push the SDF forces out of the refinery on Saturn's moon Titan."
— In-game description

"Pumping station tower destruction confirmed. Retribution was contacted by Olympus Mons and ordered to Retreat from the AO. Captain Reyes's Jackal was hit and he was forced to eject but subsequently rescued by a Tigris shuttle."
— AA-Report

A view of Titan during the mission 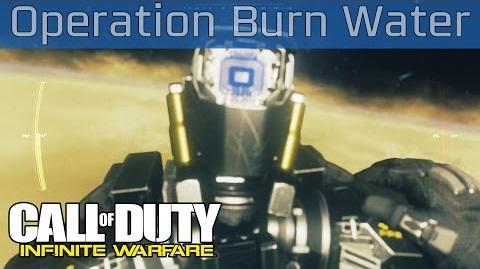