"Chemical weapons were confirmed aboard the SetDef Carrier Hellas. Hellas and chem-munitions aboard have been destroyed."
— AA-Report

"Operation D-Con" is a ship assault mission in Call of Duty: Infinite Warfare. It sees the infiltration of the SDS Hellas, an SDF ship containing several chemical weapons onboard.

A small team consisting of Nick Reyes, Nora Salter, Sean Brooks and an unnamed UNSA soldier fly Jackals towards the SDS Hellas, which is currently in the orbit of Venus repairing attack damage. After defeating two Aces and four R-7 Skelters deployed from the Hellas, the Hellas begins to escape, with the four Jackals giving chase. Ethan then guides the team into a hole on the port side of the ship, where they manage to take out a C12 and a few SDF soldiers waiting for them in the hangar.

Now within the ship, Ethan guides the team to the ship's infirmary, where they manage to gain access to the ship's life support systems. After clearing out reinforcements sent to the infirmary, the team reaches the armory, where Reyes activates a proximity hack on the door to the armory. After defending the door and completing the hack, Reyes enters the armory and manages to obtain a sample of the SDF chemical weapon. After clearing the area, the team places several charges on several rockets in the room before working their way back to the hangar. Boarding their Jackals, the team flies out of the Hellas, where Reyes detonates the charges, destroying the Hellas and all remaining chemical weapons onboard. With a sample secured and the ship destroyed, the team then flies back to the Retribution. 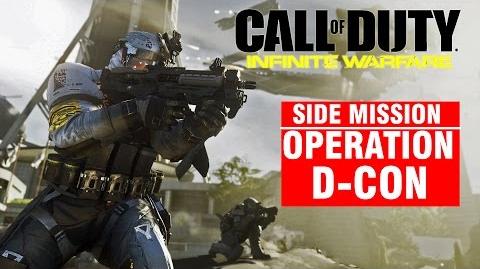