Fight through the beach and town.

"Operation Husky" is the sixth campaign mission in Call of Duty 2: Big Red One. It covers the American 7th Army landing at Gela, an Italian coastal village as part of the Allied invasion of Sicily, the codename for which was Operation Husky. It is the second of three engagements in the Call of Duty series with the Regio Esercito, the Italian Royal Army. The chapter takes place July 10, 1943, 0300 hours.

The mission starts out with the player being briefed in a DUKW landing craft. The .50 cal gunner is killed by machine gun fire from the beach. Sgt. Hawkins orders the player to get take control of the .50 cal turret. The player notes that the water close to the beach is mined, so the player is forced to shoot the mines to clear a path to the beach. Once on the beach, the player and the squad move up the beach, amidst heavy fighting. The beach is heavily defended, having bunkers, BM37 emplacements, and barbed wire all over the beach. A BM37 gunner starts to fire on the squad, so the player disposes of him. The player moves up to the next BM37 and takes out the enemies there. After that, they move on to the third emplacement and take out the remaining enemies.

The player should run up to where the Bazooka was and take it. Fire a shot to destroy the barbed wire. Then move up off the beach with the squad and take out the enemies by the bunker. Hawkins orders the player and the squad to clear out the bunkers and open the door. The player must move to the second room, and Hawkins will kick the door open. The player will come across a pillbox. Hawkins orders Brooklyn to lob a grenade through the window. After doing so, the enemies will open the door, but die from the explosion before they can do anything. Hawkins then orders somebody to open the door in the pillbox, and Rutherford opens it. He gets shot right after the door is open. The player will notice lots of enemies in the trenches to eliminate. The squad and Hawkins clear out a pillbox located on the right. The player and the squad will move out and reach a bridge with lots of enemy emplacements. The squad pops smoke and charges through the cloud to reach the other side. Once there, the squad will proceed to eliminate all of the enemies on and around the bridge. Once on the other side of the bridge, the radio operator will catch up with the squad, but has lost the radio in the beach landing. The operator is ordered to destroy some barbed wire blocking the road, but is killed by an explosion. The player and the squad move past the barbed wire and continue the fight. Later on, a runner for Lt. Delaney catches up to the squad to inform them that he wishes to see Hawkins. 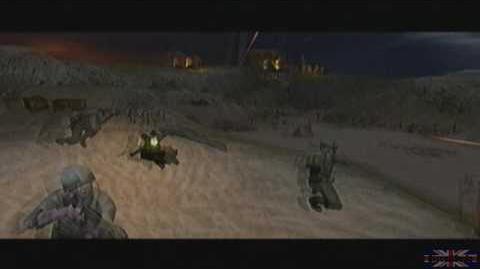 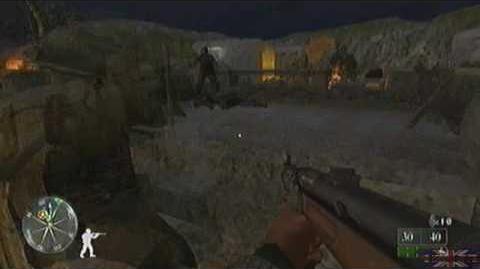 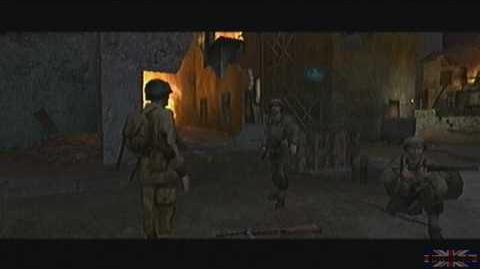 Call of Duty 2 Big Red One - Sicily, Mission 6 Part 3
Add a photo to this gallery

Retrieved from "https://callofduty.fandom.com/wiki/Operation_Husky_(level)?oldid=2444203"
Community content is available under CC-BY-SA unless otherwise noted.