"Take back the Gateway port on the Moon."
— In-game description

"Lieutenant Reyes, with the support of Staff Sergeant Omar, and his men were able to push back the SDF incursion and return the Lunar Gateway port to UNSA control."
— AA-Report

Briefing of the mission. 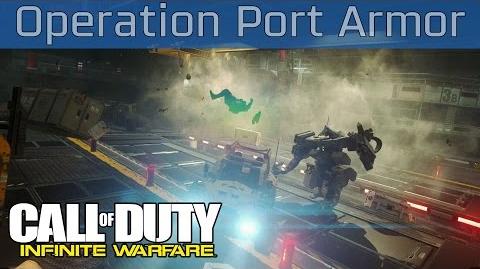