Call of Duty Wiki
Register
Don't have an account?
Sign In
in: Call of Duty: Black Ops Cold War Gametypes

Survive against the limitless hordes of the undead, completing Operation Threshold objectives and optionally exfiltrating to safety.
Rendezvous with Ravenov and obtain critical research.
Locate the defecting Omega scientists and Exfil.

Outbreak is a large-scale Zombies experience featured in Call of Duty: Black Ops Cold War that was released on February 25th, 2021 as part of the Season Two of content for the game. Taking place on the Fireteam maps set in the Ural Mountains, Outbreak features new enemies with rewards and intel for completing objectives and World Events.

At the start of Outbreak, players will spawn in one of the maps, also called "Region", available and will be tasked to complete an objective. Unlike traditional round-based Zombies experiences, there is an unlimited number of zombies roaming the maps. There is also no limit of time to start the primary objective.

After an objective is completed, an anomaly triggering a beacon will appear somewhere on the map. Once the beacon is activated the Pack-a-Punch Machine, Der Wunderfizz, the Arsenal and crafting table will spawn. The utilities are also available around the map. At the beacon, players will have two choices: either exfiltrating to safety or warping to the next region where the difficulty is increased.

Players can also complete secondary objectives, called "World Events", available in each region. While exploring the map, players can encounter small, medium or large chests which offer loot such as weapons, equipments, Power-Ups, Body Armor or Armor Plates, Perks or Ammo Mods. Mimics can also hide as chests. Small Aetherium crystals can also be found and destroy for loot. Outbreak introduces two new enemies, Krasny Soldats and Tempests. A Demented Echo can also be found in specific locations within a region, the Echo starts to appear in the second region.

Introduced with Season Three, several Phase Wall Tears can be found in the Regions' borders and allow players to teleport and drop somewhere else within the same Region while also receiving a random Power-Up. With Season Three Reloaded, fishing spots were added into the different Regions. The spots feature a corpse wearing a bucket hat with a fishing rod and a radio next to it. When close by, the spots are identified by a fishing rod on the minimap. The fishing spots allow players to fish various items three times per spot. Items include Essence, weapons and Wonder Weapons, Aether Tool, Ammo Mods, Perks, Body Armor and Armor Plates as well as a boot which can turn into a Mimic.

There are six objectives available in Outbreak.

One of Doctor Elizabeth Grey's research teams have been overrun trying to sample an undead specimen within a Dark Aether Specimen Analyzer, or "DASA". Players are tasked with recovering the specimen's head and placing it in the analyzer, which will trigger a three minute defense. Players must protect the analyzer from surging hordes until the process is complete.

Major Mackenzie Carver has identified a large Aetherium growth causing a rapid surge of unnatural Aetherium terraforming in the area and tasks players with destroying it. Upon placing explosives on the growth however, players are sucked into the Dark Aether and placed in a small building on the map, where they must survive a lockdown for three minutes and twenty seconds against the undead while a mysterious voice taunts them. After surviving the lockdown, players will be teleported out of the Dark Aether and watch as the crystal growth is destroyed.

A team sent to deliver Aetherium to Doctor Oskar Strauss has been eliminated. Players are tasked with reaching a rocket transport system and locating two Aetherium containment units nearby, which Strauss asks to be brought to the rocket within five minutes before the samples within them are lost. Collecting a unit will slow the player's movement and slowly destroy vehicles if the player enters one, though the player will have access to a unique ability that will kill all nearby enemies once the device is charged. Delivering both units to the rocket and loading them into it will launch the rocket to Strauss.

Grey has deployed a Requiem recon rover in the area to scan for stable rifts into the Dark Aether and deliver the rover's contents to the dimension. Players must deploy the rover from its transport unit and escort it through the map while it performs its tasks, all while defending it from the undead. After a couple of failed searches, either deeming the rift unusable, or atempting to enter but failing and being ejected, the rover will come across a large portal guarded by a Mangler and a small zombies horde. Once the rover reaches the rift, it will force itself into it, sending itself and its cargo into the Dark Aether for experimentation.

Carver tasks players to remotely activate Requiem's orbital Dimensional Disruptor, which will forcefully bring out a Dark Aether HVT into reality. Players are tasked with killing the HVT, which will take on the form of an Elite or Special enemy with higher health and a unique name. While weakening the HVT to two-thirds of its health, it will warp itself to another location nearby, forcing players to give chase. After depleting another third of its health, the HVT will warp away one last time. Upon killing the HVT, the objective will be completed.

Players are tasked by Strauss to collect zombies essence after remotely launching two Essence Conversion Modules from orbit. The players will have to defend one module before moving to the next. Once a module has landed, it will draw a plasma field around itself and the players will have to kill the zombies in the circle to collect their essence. Once a module is full, it will reward the players with an item which can be Essence, Power-Ups or even weapons.

In addition to the primary objectives, there are up to six World Events available for the player to do to help build up supplies. These events, with the exception of "Aethereal Orb" and "Unknown Signal", can be located on the overhead map by the use of unique symbols.

Another Requiem Task Force has been slaughtered by a powerful group of enemies, with one soldier leaving behind their final words on a radio. Upon hearing the recording, Weaver, seeking vengeance for the fallen soldiers, orders the players to track down and eliminate the group of enemies that killed the task force. The players must locate and kill the group of enemies, which will comprise of a sometimes named Elite or Special enemy and a group of other enemies. Killing the last enemy of the group will reward players with a Random Perk power-up.

A mysterious rocket containing the head of a Dragon is being prepped, requiring a large quantity of Aetherium to launch. For 500 Essence, interacting with the rocket will cause the Dragon to emerge from its nook in the rocket, followed by a ring similar to the Ring of Fire field upgrade to manifest below it. Players must now kill enemies within the ring to allow the Dragon to harvest the undead and absorb the Aetherium contained within them. After a certain amount of time, the Dragon will return to its nook and the rocket will blast off into a portal, leaving behind a crate for the players to open if they've completed the objective; depending on how many zombies were absorbed in the timeframe will depend on the quality of the chest's contents.

A Dark Aether portal forms in the sky and deposits a golden chest on the ground, seeking to test the worth of the players who seek to obtain its contents. Interacting with the chest will summon a horde of enemies for the player to kill. After killing the enemies, the chest can be opened, which will dump out items on the ground and leave a Full Power power-up in the chest for the players to pick up. This event is marked by a icon depicting the spire that delivers the golden chest to the map.

A faint Dark Aether orb can sometimes be found randomly in a map, and can be identified by the sound of children's laughter when approached. Shooting the orb will cause vials of Essence to drop from it before it will relocate to another part of the map. This process can be repeated two more times; the last attempt will cause the orb to explode, rewarding the player with various amounts of Scorestreaks, Salvage and Essence. When seen on the minimap when close by, this event is marked by an icon depicting the orb itself.

A radio can sometimes be found randomly in a map. When activated, the radio will ring attracking a horde of zombies. Once the zombies are killed, the radio will emit a specific sound. The players will then have to find three amplifiers around the area and cycle between different sounds to find the correct one emitted by the radio. If the players find a ringing sound, zombies will be attracted. Once all three amplifiers emit the same signal as the radio, the players will need to go back to the radio to listen to the full signal rewarding players with 800 essences and a song which becomes available in the Music Player. When seen on the minimap when close by, this event is marked by an icon depicting an antenna.

An orange Aetherium crystal appears somewhere on the map. When a player destroys the crystal, a horde of zombies will continuously spawn as the player will need to find and destroy the orange crystal five times in a short amount time. Once all the crystals are destroyed before the time runs out, the player will be awarded with the Aether Tool which upgrades the rarity of the weapon they are holding. When seen on the minimap, this event is marked by an icon depicting a crystal.

An Orda can be found patrolling an area followed by several zombies. When attacked, a simili-boss fight will trigger with more zombies spawning. Orda will pursue the players trying to step on them or strike them with its arm. Orda can also fire out swarms of flaming flies that will track players or a mortar-like shot that will spawn an exploding Hellhound upon impact. If the players run away from Orda, its health will start regenerating. Once killed, Orda leaves high-end rewards. When seen on the minimap, this event is marked by an icon depicting Orda.

The first main quest for Outbreak, titled Ravenov Implications in the Dark Ops, tasks Requiem operators to contact Samantha Maxis and locate Sergei Ravenov to help him launch the Omega Group's Reality Inversion Warheads away from the West.

The second main quest for Outbreak, titled Entrapment in the Dark Ops, tasks Requiem operators to locate and extract the defecting Omega Group scientists before they exfil.

There are currently 192 pieces of intel in Outbreak. 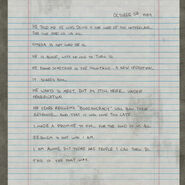 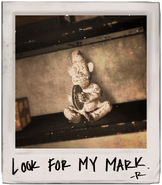 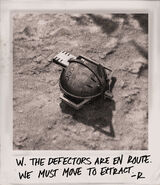 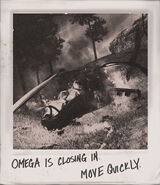 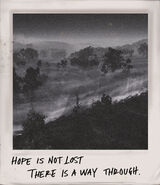