Overwatch is a multiplayer map for Call of Duty: Modern Warfare 3.

The map is the only piece of content in Content Pack 2, and was released on February 21st, 2012 for Call of Duty ELITE subscribers on Xbox 360, and was released on March 29th, 2012 for PlayStation 3 ELITE premium subscribers. Overwatch was released to non-Elite subscribers on Xbox Live as part of the "Content Collection #1" map pack for Call of Duty: Modern Warfare 3 on March 20th, 2012. It was later released for the PS3 users without ELITE on April 20th, 2012 as part of the collection map pack. Overwatch and the other DLC maps have been released and are available through the Steam service.

In Survival Mode, the player(s) start with a Model 1887, a Five Seven, a Self Revive, and Extreme Conditioning, but no Grenades or Flashbangs. The hostiles include Bomb Squads, Suicide Bombers, Little Birds, and Juggernauts.

A firefight on Overwatch.

Overview of the Map.

Overwatch while in development.

The chicken operating the crane. 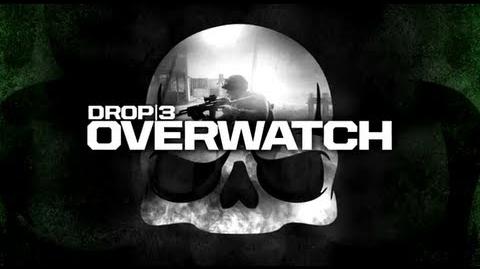