A patch on June 3rd, 2014 (June 4th, 2014 for some consoles) has released the Gold PDW. Players that have reached Prestige 10 are able to access it immediately, and it can also be used in Private Match and Local Match immediately. It is essentially a fully-automatic PDW with a 20-round magazine. The Gold PDW also has a higher rate of fire than the standard one per burst, but as a downside it has a lower damage multiplier to the head, as well as lower hip-fire accuracy. 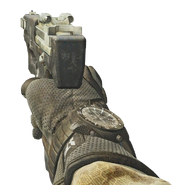 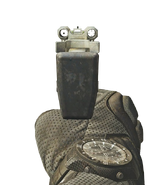 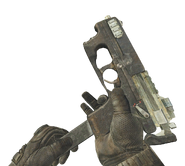 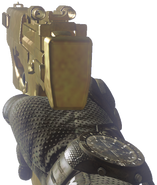 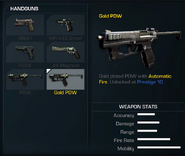 Gold PDW menu icon
Add a photo to this gallery 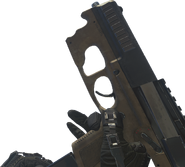 Cocking
Add a photo to this gallery

Retrieved from "https://callofduty.fandom.com/wiki/PDW?oldid=2495965"
Community content is available under CC-BY-SA unless otherwise noted.