"The Panzerfaust (German for "Armoured Fist") is an anti-tank weapon, launching a small charge designed an armored tank or vehicle. Due to the armor-piercing nature of the charge, it's not an effective anti-personnel device. Each Panzerfaust is only a single shot weapon, but one shot is often enough to reduce even the largest tanks to smouldering ruins within seconds."
— Call of Duty manual description.

The Panzerfaust 60 is used as the primary anti-tank weapon in the campaign and is extremely accurate. It is in fact the only portable anti-tank weapon available to the player to use in the whole game. It is not recommended to be used in close quarters as the blast may result in death. They may be found in green boxes. Once used, they are immediately discarded.

In multiplayer, the Panzerfaust 60 is an explosive anti-personnel weapon found in yellow boxes lying around at predetermined points. They have a blast radius about 100 in, smaller than that of a grenade. In addition, carrying it results in a slow running speed. Try to aim the Panzerfaust at the enemy's feet, or at walls that they are near. The best position for a Panzerfaust is on high ground, such as the roofs on Depot, the upper decks on Ship, and the upper floors of Pavlov, where the direction of firing will easily impact the ground right next to the target or the target itself.

Crates of Panzerfaust 60s can be found in most multiplayer maps. These can be used against infantry or as effective method of taking out tanks. A single Panzerfaust shot to the rear of a regular tank (e.g. Panzer IV) can destroy it, although it takes two shots to the side and three to the front. An effective tactic is to wait in ambush and let tanks pass before opening fire. Heavy tanks such as the Elefant require two hits from the rear to kill, while a Jeep-class vehicle only requires one direct hit.

The rush for Panzerfausts is important the early stages of a match, especially in Capture the Flag, as teams will use tanks to control choke points while opponents will attempt to snipe tanks with Panzerfausts. Often the team that retains its tanks through this initial rush will hold a significant advantage until Panzerfausts respawn in their crates, although servers that switch off weapon respawns will force the players to use grenades to finish tanks off.

A crate of Panzerfausts

Despite the Panzerfaust not being in-game, low-resolution texture sheets and HUD icons are found in the game files, alongside seemingly-working animation strings and sound files. Judging by strings in panzerfaust_mp the weapon would've also been available in multiplayer.

A pickup icon found in the game files 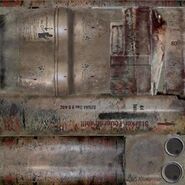 Texture found in the files

In Call of Duty 2: Big Red One, the Panzerfaust 60 (simply referred to as Panzerfaust in the Bonus Materials) is used once by a trooper in The Great Crusade. If the trooper is killed before he drops it, the player is still unable to pick it up. In multiplayer, Panzerfaust 60s are commonly found around the maps. They instantly respawn, which occasionally leads to entire teams camping around the spawn spot.

Although it is not available for use in Call of Duty: World at War, the Panzerfaust is briefly seen in the opening cutscene of "Blood and Iron".

The Panzerfaust being fired by a German soldier

The Panzerfaust 60 is briefly seen in the campaign of Call of Duty: WWII. It is used by German soldiers and can be seen in crates, but is unavailable to the player. It can be also seen in Saint Marie du Mont

A crate of Panzerfausts

The Panzerfaust appears in Call of Duty: Vanguard.

The Panzerfaust can be brought into any map via Create-A-Class, at Loadout rarity and can be found at any rarity via the Mystery Box for 950 Essence. When upgraded via the Pack-a-Punch Machine, it becomes the The Negotiator.