For the similar looking, but larger map, see Liberation.

"Wishful thinking won’t keep you safe in New Orleans' war-torn French Quarter, where a local bombed-out parish plays host to a smaller-sized Multiplayer Map well suited for those who want to run-and-gun amidst the city's rubble."
— Official Description on the Call of Duty ELITE Content Calendar

Parish is a multiplayer map in Call of Duty: Modern Warfare 3. It is part of Content Pack 9 for Call of Duty ELITE subscribers. The map is located in the US city of New Orleans. In the center of the map is the Saint Kevin's Catholic Parish, which is destroyed and bombed. There is a clothing store and a bar nearby which players can access, and a wasteland of wrecked hovercrafts, vehicles and transport trucks.[1]

Players start with a Model 1887, a Five Seven, Extreme Conditioning, a Self Revive, and 250 Body Armor. They receive no Frags or Flashbangs. 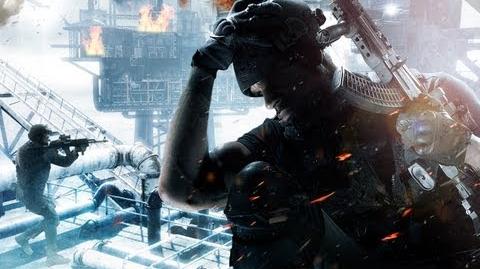