mp_peaks
Peaks is a Call of Duty: United Offensive and Call of Duty 2: Big Red One multiplayer map. This map was first released as a part of the free official map pack for the game, along with Streets.

Peaks is set within a snowy village that's been destroyed by intense combat. The map mostly contains close quarters combat engagements alongside medium-ranged battles in the village streets.

Layout of the map. 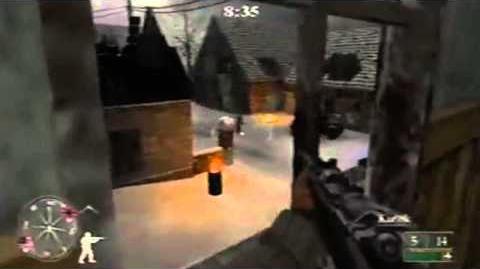