For the predecessor, see PhD Flopper.

PhD Slider, when purchased, allows players to create an explosion that can kill zombies by sliding into them, as well as reduce explosive damage the player receives. In order to create an explosion, the player must first charge up the perk, which can be achieved by sliding. Once a charge is ready, the perk icon will begin to pulsate and flash. When the perk is initially purchased, the player will already have a full charge ready.

When PhD Slider is set as the "Modifier" perk and the player has all of their other perks, the perk will allow the player to have increased sliding distance, as well as having immunity to trap damage whilst sliding. Players will also gain increased explosive damage on enemies when entering a slide from a greater height.

In Create-A-Class, PhD Slider is unlocked at Level 42 as the last unlockable Perk, and can be applied to the player's Perk loadout to appear in any map. It can also be obtained randomly through the use of Secret Sauce if available and through a myriad of other Perk-based rewards and items within the game.

On January 15th, 2019 with Patch 1.11, PhD Slider was buffed, allowing players to take zero self-inflicted explosive damage. However, the damage reduction for enemy explosive attacks has been reduced from 80% to 50%.

"Sliding into enemies triggers an explosion. The size and damage increases the farther you slide before impact."
— Description

PhD Slider was released with the Season Six content update for Call of Duty: Black Ops Cold War on October 7th, 2021. It is available in Der Wunderfizz on all maps, and is featured within its own perk machine on Forsaken, which reimagines the original PhD Flopper's perk machine.

PhD Slider allows the player to generate an explosive burst of Aetherium energy upon sliding into a zombie. Unlike its Black Ops 4 iteration, it does not require players to charge it up. Instead, the size and damage of the explosion are dependent on the distance the player slid before impacting a target. Additionally, in order to have immunity from self-inflicted explosive damage, the perk must be upgraded to Tier III.

In Call of Duty: Black Ops Cold War, PhD Slider can be permanently upgraded with the use of Aetherium Crystals, yielding a variety of new additional bonus effects alongside its base ability. 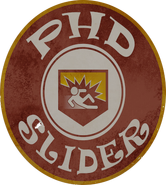 PhD Slider's perk bottle as seen in the Aether story. 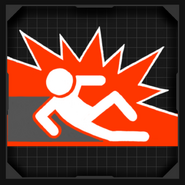 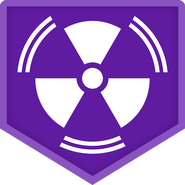 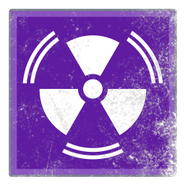 An operator sliding, leaving a trail of purple flames.

A can of PhD Slider. 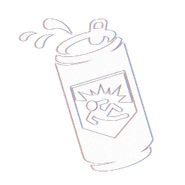