For other uses, see Phantom.

Phantom is the sixth and final unlocked Combat Rig in Call of Duty: Infinite Warfare. It is designed for a long range, sniper-like playstyle. Phantom is unlocked at level 36.

He is shown to be staking out on a hill, taking aim with an SMRS at Price’s UAC operators’ transport convoy in Morocco. However, as he is about to fire, Foxtrot gets in the way, making him miss his shot. After some banter, the pair engage in battle. 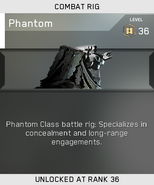 Phantom being unlocked in multiplayer. 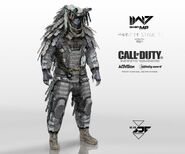 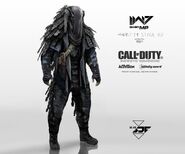