"Piano Lupo" is the seventh mission of the Italian campaign in Call of Duty 2: Big Red One.

The level begins with the player and the squad at an American supply depot. A squadron of Junkers Ju 87 Stukas then begin an attack on the area. The player and Denley are ordered to commandeer an anti-aircraft turret mounted to a friendly half track and defend fuel tankers and artillery positions from the planes. After the attack is repelled, the player and Denley link up with the rest of the squad. They move across the country-side, assaulting many enemy emplacements and calling in a artillery strike on a stopped enemy convoy. They enter a cave network in the side of a hill. After fighting deeper into the cave, the cave is damaged by bombs and starts to collapse around the player. The player and the squad exits the tunnels in mostly one piece and proceeds to captured enemy bunkers. The squad notices the Hermann Goering Panzer Division crossing a large field. The squad reaches a set of bunkers with anti-tank weapons. The enemy counter-attacks with the Panzer Division, forcing the squad to take cover in the bunkers. The player is then ordered to defend the bunker from the tanks while the squad gets the radio working. The player destroys several tanks using the Bazookas present. Sergeant Hawkins is shot while using a mounted Breda M37 machine gun to cover the player destroying the Panzers. Once the player succeeds in destroying the tanks, he uses binoculars to call in an artillery strike on the remaining tanks, at the closing of the level, the player is promoted to corporal for one's efforts. 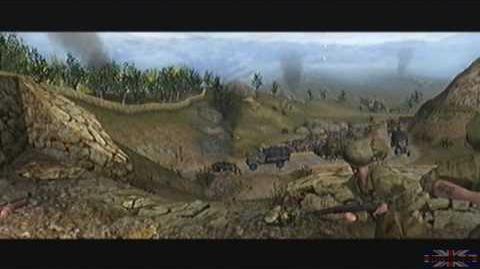 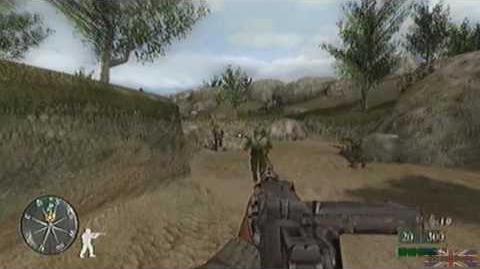 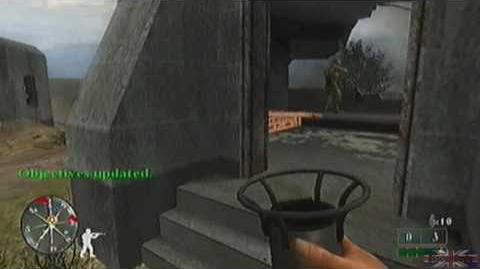 Retrieved from "https://callofduty.fandom.com/wiki/Piano_Lupo?oldid=2444204"
Community content is available under CC-BY-SA unless otherwise noted.