Pointe du Hoc is a multiplayer map in Call of Duty: WWII.

During the private beta, a Spotify barcode was added into the map[1]. Using the Spotify app, the barcode led to an audio message called "Intercept Baker"[2]. The message ended with a letter in morse code repeated seven times.

"Dispatch received. Action is on Argentan I (static) breaking all ties. Please advice on operation's order. Focus on tiger's eyes and ears or her stripes. WWWWWWW" 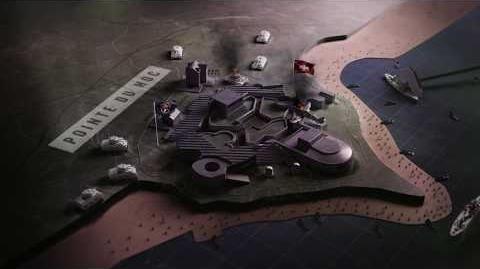 Retrieved from "https://callofduty.fandom.com/wiki/Pointe_du_Hoc_(map)?oldid=2444470"
Community content is available under CC-BY-SA unless otherwise noted.