"We are losing him. Charging 3, 2, 1...CLEAR!"
— Nikolai performing a defibrillation on Soap

"Prologue" is a short, cinematic cut-scene featured in Call of Duty: Modern Warfare 3. It is the continuing clip from the mission "Endgame" from Call of Duty: Modern Warfare 2. The mission starts out as Captain John Price and Nikolai trying to extract Soap to a safehouse located in Northern India, searching for medical help after killing General Shepherd. The player takes control of John "Soap" MacTavish.

As the player, John "Soap" MacTavish wakes up after his injury caused by General Shepherd back in Afghanistan, he has been brought to Northern India to a safehouse for medical treatment. Soap wakes up, seeing the propellers of Nikolai's Little Bird as John Price and Nikolai carry Soap on a stretcher to seek him a doctor within the safehouse. As Price and Nikolai try to find medical help, Soap sees many flashbacks from the events of Call of Duty 4: Modern Warfare and Call of Duty: Modern Warfare 2 as he is being carried away.

As Soap is carried underneath an arch moving on a pathway towards the safehouse, he briefly flashbacks to his first mission, where Captain Price is seen smoking a cigar in "Crew Expendable" from Call of Duty 4: Modern Warfare. After being carried past the arch, he flashbacks Price sliding the M1911 towards Soap from the mission "Game Over", and recalls killing Imran Zakhaev. After reaching the safehouse, Soap is being carried through the hallways of the safehouse, as he sees the moment when Price shot down Shepherd's Pave Low in Afghanistan and their falling Zodiac plummeting off of the edge of the waterfall, as seen in "Endgame", from Call of Duty: Modern Warfare 2.

Price and Nikolai, keeping pressure on Soap's wound, then carry Soap through another hallway. Soap sees the moment where he pulls the knife out of his chest and throws the knife into Shepherd's eye; that too being from "Endgame." As Soap comes back again, he witnesses Price and Nikolai who meet a doctor, as the doctor is told hastily to treat the wound.

Soap begins to black out from blood loss, as Nikolai says, "We're losing him! Charging. Three, two, one. Clear!" The logo of Call of Duty: Modern Warfare 3 is seen introducing the game and ending the level. 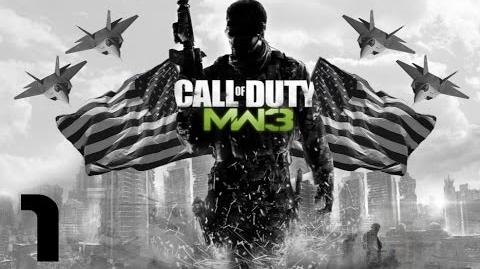 Captain Price and Soap in the Prologue.

Captain Price smoking a cigar in a flashback.

Soap killing Zakhaev in a flashback.

Soap and Price about to fall down a waterfall in a flashback.

Soap about to kill Shepherd in a flashback.

Soap's headless body, seen through noclip.
Add a photo to this gallery 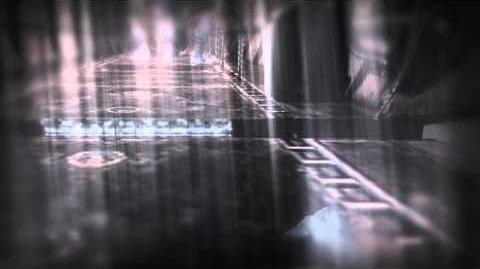