"Located on Liberty Island and during the middle of an urban outbreak, the premises of the private animal testing facility offers the perfect blend of gameplay for all types of weapons and player styles."
— Map description

Quarantine is a multiplayer map featured in Call of Duty: Advanced Warfare that was released in the Reckoning downloadable content pack. It is set on Liberty Island, New York City, converted into an animal testing facility. 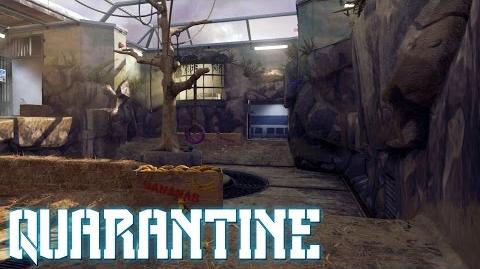