The RGD-33 Grenade was an anti-personnel grenade used during World War II, and is the main grenade used by the Red Army throughout the Call of Duty series.

Call of Duty 1 and UO

This weapon is the Soviet grenade of choice. When first pulled out, the player's character will slide in the fuse and twist it.

This weapon is issued to the Soviet team. In Call of Duty and its expansion pack United Offensive, all grenades are statistically similar. They have a damage range of 250-10 in single-player, and 120-5 in multiplayer, with a fuse of five seconds. They also have a melee attack dealing 50 damage with an animation similar to a pistol whip. The maximum number of grenades one can hold is 10, although in practice this only occurs in single-player. In multiplayer, grenade distribution is determined by the weapon one spawns with. Those equipped with a Scoped Mosin-Nagant receive one grenade; those with the PPSh-41 receive two; and those with the Mosin-Nagant receive three. Importantly, in Call of Duty players cannot be shellshocked by grenades.

In United Offensive, the damage and max number of grenades stays constant, but a few changes are enacted. Players can be shellshocked by grenades. Grenades also have the ability to be cooked, where the grenade is armed but kept in the player's hand so that the fuse is shortened when thrown. Grenade distribution is totally changed as well; instead of being determined by the weapon equipped, it is determined by rank. Privates spawn with one grenade, Riflemen with two, and Platoon Sergeants with three. 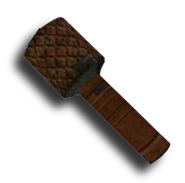 The RGD-33 appears in Call of Duty Finest Hour, as the main grenade in the Soviet campaign. It is the same with the Call of Duty, but is found more commonly, such as near starting positions and by killed NPCs, thus making the Stielhandgranate much more popular to use.

The Soviet grenade of choice. It is rather uncommon, even in Soviet campaign levels. It is statistically equivalent to other grenades. 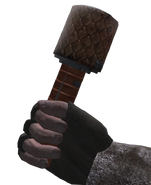 It appears in the Russian Campaign as the Russian primary grenade of choice. It is rare to get more than the starting amount, but it functions exactly the same as the other grenades. When the Player runs out, they will automatically switch to German grenades. It doesn't appear in Multiplayer, but does appear in Nazi Zombies.

It's never found in boxes, and doesn't fall out from friendlies so they are quite rare. 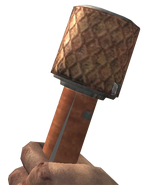 The RGD-33 returns in Black Ops, and can only be used in the level "Project Nova". In the beginning of Project Nova, the player starts off with four RGD-33 grenades. It reuses its skin from World at War.

In the mission "Executive Order", when using the binoculars to locate Grigori Weaver, it can be noted that he has two RGD-33s. They're also found on the uniforms of some spetsnaz and Vietcong and on the disguises used by Woods, Bowman and Brooks. They're never used though, as they probably serve as an accessory to their skins. 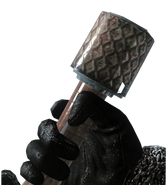 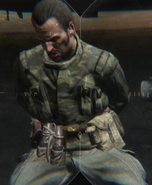 Retrieved from "https://callofduty.fandom.com/wiki/RGD-33?oldid=1116787"
Community content is available under CC-BY-SA unless otherwise noted.