Radiation is a multiplayer map featured in Call of Duty: Black Ops.

The map is set in a uranium processing facility. The map features a conveyor belt near the Spetsnaz spawn which leads to a gruesome death if the player falls in the crusher. The map also features a set of steel blast doors which can only be opened by a control panel some distance away. There are two panels in the map, and are critical when you are playing Domination, as the B flag is located under the blast doors. Also, the bunker containing B flag has tunnels that lead directly to the A and C flags, so keep an eye on those. In addition to being critical for Domination, the blast doors are also critical when playing Demolition and Search and Destroy, especially when on defense. The A bomb site is located right below the doors, and player needs to close them to have a shot at winning.

There are two switches across from each other. One is on a small walkway in between two giant tanks, the other in a control room in the factory with the explosive tanks. These control the blast doors in the middle of the map. Either switch can open or close the doors. These have the potential to be used to great effect during games with objectives that are located in the underground tunnel, as it leaves only three ways that can be used to enter, all of which can be easily defended. 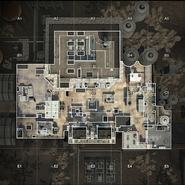 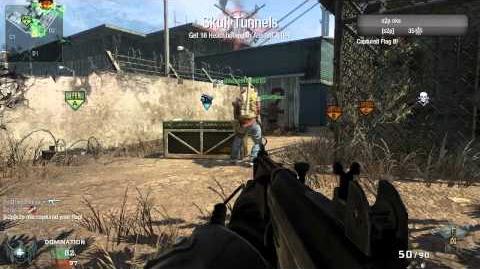