Call of Duty Wiki
Register
Don't have an account?
Sign In
Advertisement
in: Call of Duty: Black Ops 4 Shotguns

The Rampage is a fully-automatic shotgun that was added to Call of Duty: Black Ops 4 with the Operation Grand Heist update.

The Rampage was added to the Mystery Box on all maps. The Rampage is a strong weapon against enemies at close range, but is ineffective at longer ranges due to the weapon's short range. The Rampage is also prone to running out of ammo fast due to its status as a fully-auto shotgun and relatively small ammo count. When upgraded via the Pack-a-Punch Machine, it becomes the Surgical Havoc, gaining an increased base magazine capacity of 30 shots and a reserve count of 180.

It has a Armory level of 13 within Zombies.

The Rampage in first person. 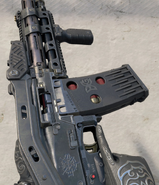 The Rampage's Message of the Day description. 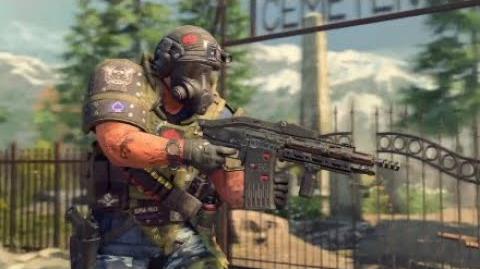