Appearing exclusively in all round-based maps, the Rampage Inducer is a special Aetherium essence canister containing fragments of a Fury Crystal. Upon interacting with it, all enemies will gain increased movement speed and spawn rates up until Round 55, allowing for faster round transitions to help progress the game faster at the cost of an increased challenge to survivability. At the end of Round 55, the Rampage Inducer will automatically disable itself by exploding, prohibiting the player from using it further. 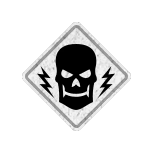 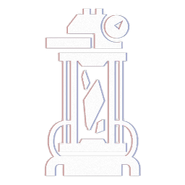 The Round Icon while the Rampage Inducer is active.