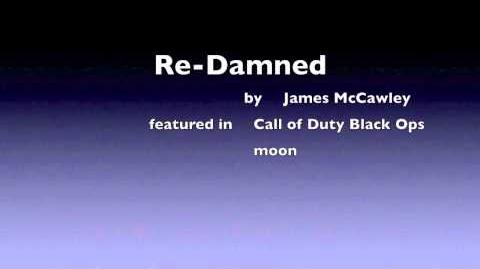 Re-Damned is a musical Easter Egg found on the Zombies map Moon. It was composed by James McCawley, and is a remake of "Damned", a song composed by Kevin Sherwood. It is activated on Moon by holding the action button by a computer in the lab next to the door to the Bio-dome.

Re-Damned also appears in the Call of Duty: Black Ops II Zombies map Nuketown Zombies. It is activated by collecting the power-up behind the door in the backyard of the yellow house when the population counter is on 15 and the hand on the clock is on 1.