"Bag and Drag" and "Iron Lady"

"Combat erupts in a mid-sized Parisian district. Long side streets encourage mid-range combat, with nearby homes and storefronts lending defensive positions for ambush and recovery. Watch out for explosives when navigating the marketplace, and always keep an eye up top for enemies shooting from above."
— Call of Duty ELITE

Resistance, originally named Paris, is a multiplayer, Survival Mode and Special Ops Chaos map in Call of Duty: Modern Warfare 3. It takes place in the streets of Paris, France.

Resistance is a medium sized map featured in Call of Duty: Modern Warfare 3. The two spawns are on either side of the map; one at the top of the hill, the other near the umbrellas. The map has crowded streets along with many buildings that offer for close quarters combat, and some long lines of sight that favor guns with longer range. Despite this there are only two accessible buildings: a shop and a destroyed house. Decent cover is provided by vehicles scattered around the map, and these are great for players with the Blast Shield perk. However, these can also serve as death traps since they will detonate once they take enough damage.

In Survival Mode, Resistance is a Tier 1 map and has the difficulty of Easy. The player starts with the Five Seven, two Frag Grenades, two Flash Grenades, a Self Revive, and 250 Body Armor. The hostiles include Bomb Squads, Attack Dogs, Choppers, and Juggernauts. The Claymore Experts spawn in around wave 22.

"Attempt to survive relentless attacks from enemies in the streets of Paris."
— In-game description

Resistance is one of the four maps available in Chaos Mode. The player will start with a USP.45 with Tactical Knife, two Frag Grenades, two Flashbangs, three Self Revives and 500 Armor. This map is easy to get fast combos because the narrow outside pathways but players should be cautious when inside as they may get cornered, mainly by Juggernauts.

An MH-6 Little Bird flying over the map.

Exterior of the souvenir shop.

A view of the park.

An overview of a cafe. 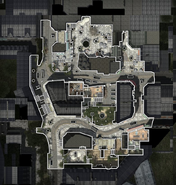 The in-game map.
Add a photo to this gallery 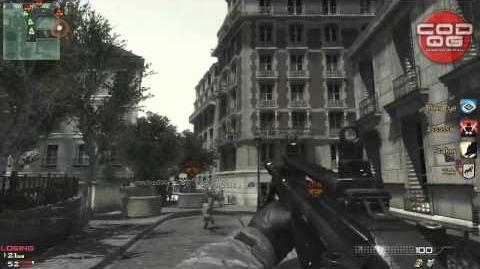 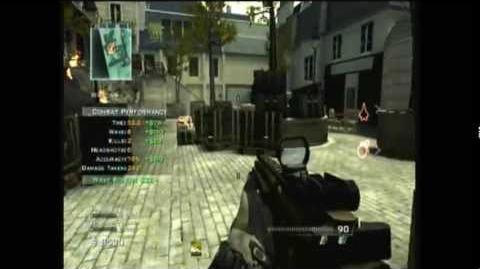 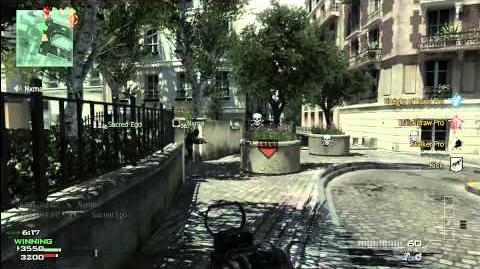 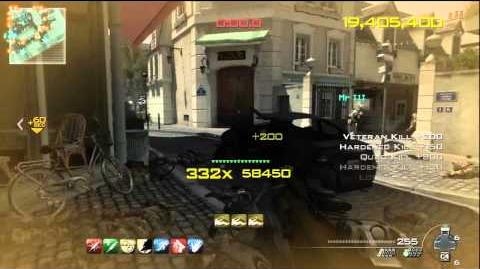 Retrieved from "https://callofduty.fandom.com/wiki/Resistance_(map)?oldid=2518025"
Community content is available under CC-BY-SA unless otherwise noted.