When a duck swims on the water, you only see it glide...
This page requires a rework to conform to the Manual of Style. Do not hesitate to try and help!

Riley is a playable dog character in Call of Duty: Ghosts. He is a member of the Ghosts squadron; Riley is part of the player's team and works as a friendly character who will help and support the player by "sniffing out explosives and assisting the player against hostiles." He can be remotely controlled by the player during certain points of the campaign. He is also able to take down helicopters by jumping up and biting the pilot if they are close to the ground.

He incurred a non-lethal bullet wound to his left thigh in "Sin City", and survived when Logan loaded him into a helicopter at the end of the mission. Although healed, Riley is last seen in the prologue of "All or Nothing".

Riley is a German Shepherd, a military working dog, and a member of a US Special Operations unit. This unit consists of him, his caretaker David “Hesh” Walker, and Logan Walker. The unit operates primarily in “No Man's Land", an area that comprises the destroyed cities of ODIN's kinetic bombardment, with the mission to patrol the wall that separates No Man's Land from U.S. territory. Riley, which is conveyed as a vital member of the team, supports Logan and Hesh by alerting them to enemy troops, scouting out areas ahead, and even partakes (effectively) in direct engagements with enemy combatants.

Although not present in all levels, he is featured primarily in the first half of the single-player campaign which takes place in No Man's Land, (most notably “Brave New World” and “No Man’s Land”) where he is shown being able to selectively take out enemy troops by command and perform solo reconnaissance of enemy territory, guided by his combat vest's built in vibrating collar, radio and camera feed.

It also appears that Riley has somewhat of a reputation amongst other squads which is shown when Riley is greeted by many soldiers upon returning to Fort Santa Monica in the mission “No Man’s Land”. Riley partakes in the operation to rescue Ghosts member Ajax in the mission “Struck Down” where he helps Hesh, Logan, and the Ghosts locate Ajax, and is later seen taking out an enemy helicopter single-handedly by attacking the pilot. Riley and the rest of the squad are temporarily separated during the attack against Fort Santa Monica, but they are reunited again before evacuating the burning remains of the base in a helicopter.

Riley does not follow the Ghosts to Caracas in search for Rorke, nor does he partake in any subsequent missions outside the US base. However, he later follows Hesh, Logan and the rest of the Ghosts squad to Las Vegas, where the entire team is ambushed by Rorke and the Federation. Elias yells for Riley to hide, who manages to escape just before the squad is overtaken by Rorke's men. He is not seen again until the team breaks out from the complex, but it is assumed that he was in hiding during that time. As Logan, Merrick, and Hesh engage federation soldiers during their escape, Riley tries to come to their aid but is shot through the thigh by an enemy sniper. Shocked and unable to walk, Riley is incapacitated by his wound, but is immediately picked up by Logan who carries him to safety through the firefight and defends him against enemy soldiers. Riley is loaded into an escape helicopter and is consequently saved.

Riley later receives treatment when the helicopter lands at a US carrier. He survives the gunshot wound with only minor injuries and is shown being able to stand in the next mission. However, as the carrier is attacked by the federation, Hesh and Logan leave Riley with the company of Merrick who promises to take care of him. This is the last scene where Riley is present, and the entire carrier explodes and capsizes during the following federation attack. It is not revealed in the game whether Riley survived the attack or if he managed to escape the carrier, although it is suggested that this is the case as Merrick survives the attack and Riley was in the company of Merrick.

Riley is featured prominently during the first chapters of the singleplayer campaign, most notably in "No Man’s Land" where he plays a vital combat role during most of the mission. Riley's AI will actively support the player by attacking enemy troops close to the player's vicinity. He can also take cover to avoid enemy fire, and will try to find alternative flanking routes for attacking the enemy, some of which are not accessible to the player.

Riley can also be given command to, during combat, target and dispatch specific enemy soldiers. The attack uses the tactical grenades slot. This is a useful tactic to make enemy soldiers break cover, although Riley will quickly become overwhelmed if the player sends Riley to attack multiple units. If handled recklessly, Riley can be killed which will trigger a fail-state by the game. Riley will have to recharge after every attack. A good strategy is to use Riley's attack in conjunction with “cover fire” against the enemy, thus distracting them from targeting Riley as he charges against them. However, hitting Riley will cause mission failure by friendly fire.

Riley's combat vest is outfitted with a local area shortwave camera and a radio, making it possible to send Riley out alone to single-handedly scout enemy territory, spot, attach and sneak past enemy troops. Riley's vibrating collar makes it possible for the player to control Riley during these sections and guide him past enemies in stealth.

In order to make sure that Riley's movements and motions would appear realistic and believable an advanced motion-capture technology was used to rig Riley's character animations. A real Navy SEAL trained K9 was brought to the studio for this purpose. According to the developers, Riley was added because the developers wanted to assure that the players felt emotional attachment to the central cast, saying that they “didn’t want to do the safe thing, we [they] wanted to do the right thing” during the Xbox One reveal conference as Riley was announced. According to community manager Tina Palacious the story team was in much disagreement over whether Riley should die in the plot of the campaign.

Riley was showcased during the end of the Xbox One reveal conference on May 21, 2013, during the first presentation of Call of Duty Ghosts. Riley's announcement was met with an, according to Infinity Ward, “unexpected” reaction with both parodies and praise on Twitter and various internet communities and journalists. Kirk Hamilton, amongst others, noted how the announcement of Riley coincided with the developers saying that they wanted to the “The right thing” and various blogs and magazines praised the decision to include a playable canine companion, with Time Magazine calling Riley “Incredible” and Kotaku suggesting that the character “might steal the show”. A Twitter-account “CollarDuty”, dedicated to Riley was created the same day as the unveiling and gained 21000 followers in the first week. According to Infinity Ward Executive Mark Ruben, the company had “No clue” (hence the Multiplayer patch: "I have no idea what I'm doing." with Riley wearing 3-D glasses) the public reaction to Riley's character would be so strong. However, after the game's release, many websites such as PC Gaming and The Escapist commented that Riley should have had a more central presence in the game, criticizing the fact that Riley was only available as a playable character during a few of the missions. There has also been criticism towards Riley's sudden disappearance for most of the second half.

Riley made a return in Call of Duty: Modern Warfare as the "Top Dog" Finishing Move featured in the Battle Pass of Season Three.

Riley appears in Call of Duty: Mobile, first introduced in the Season 4: Spurned & Burned comics, and later in Season 5: In Deep Water, he could be unlocked as a Legendary skin for the Clown Battle Royale class by obtaining Ghost's Legendary "Retribution" skin from the Omnipotent Draw.

In the Season 4: Spurned & Burned Comics, Riley appears on the Ghosts ship, where he is visited by Captain Merrick and Russell Adler.

Riley later appears in Texas, accompanied by Adler as well as a still alive Ghost, to confront Rorke and his team of mercenaries. The fact that Ghost is revealed to be alive leaves everyone, including Templar who believed that he had killed him in Siberia, in shock and denial. Ghost then says his famous line, "You can't kill a Ghost". 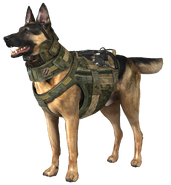 Riley in No Man's Land.

Riley biting a pilot of the Eurocopter EC-635. 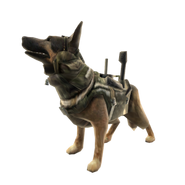 Riley being held back by David "Hesh" Walker.

Riley being carried, after getting shot in Sin City.

Riley as a young pup. 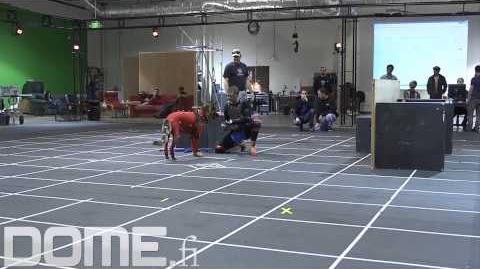