For other characters, see Robert.

Pitchfork, M1911, Crossbow (Poster), any weapon obtained by the player in Call of the Dead.

"We're completely fucked!"
— Robert in the Call of the Dead opening

Robert Barton Englund is one of the four survivors in Call of the Dead. His player indicator color is blue (this is shared with Nikolai Belinski and Robert McNamara). He is part of George A. Romero's film crew, along with Sarah Michelle Gellar, Danny Trejo, and Michael Rooker. It is unknown what happened to him and the other celebrities.

Robert is in the far right with the Crossbow. 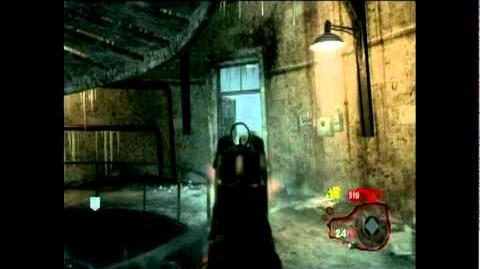 Call of the Dead
Gameplay as Robert