airstrike_mp
Rolling Thunder is an 8-killstreak (7 with Hardline) air-strike type reward, costing 4500 CoD points to unlock. Once its target is designated, it flies in a straight line whilst carpet bombing a wide area, dropping its explosive payload in a predictable direction. Its operational nature functions similarly to the Stealth Bomber in the Modern Warfare series.

The kill-streak contains many operational similarities as the Napalm Strike, requiring the player to call it in via a radio, position the target and adjust the angle of entry (For PC, operators must hold down the default Left Mouse button key and turn the mouse left or right to adjust the angle). Unlike its Modern Warfare counterpart, the Stealth Bomber, it drops less bombs but deal higher damage, blast radius and boasts a higher accuracy. It is also visible on the mini-map, unlike the Stealth Bomber. Due to its blatant and slow pace to arrive at the target, the opposition force will be provided many opportunities to take action or cover to protect themselves against the killstreak before it releases its load. Its arrival on target takes longer than the Napalm Strike, which is near-instantaneous. The operator or the operating team can take measures to either conceal its arrival or increase its effectiveness. The Jammer has the ability to both conceal the incoming killstreak from the mini-map, as well as partially (or completely) muting the opposition team's announcer's ability to alert the killstreak's presence to any opposition members within its effective radius. The operating team can utlize a Counter-Spy Plane for a map-wide effect, but lacks the announcer voice scrambler ability present in the Jammer. In the case of a Counter-Spy Plane in effect, the operator can wait to "stack" the killstreak to conceal its presence by calling it the second the announcer makes an announcement. The announcer will be forced to wait between dialogues, giving the killstreak 2 or 3 extra seconds of travel time before the game announcer makes note of its presence.

The B-52 delivering the airstrike, like the F-4 Phantom's Napalm Strike, is not solid and therefore invincible. Free-fire rockets, Anti-Aircraft rockets and other kill-streaks either will not damage it or pass through it completely. SAM Turrets will not target it. For this reason, some players may prefer killstreak over others (such as Attack Helicopter), as those can be shot down fairly easily or quickly and even before they have had a chance to get any kills. Also, the Attack Helicopter only requires one less kill, so Rolling Thunder is more appealing for faster, instant dispatch of opposition. Its effectiveness is mostly dependant on the targeting placement of the strike by the operator. The killstreak can wipe out an entire teams, or hit no one at all. On a Care Package, Rolling Thunder has a 3% chance of being the result, and a 4% chance after a reroll.

On small maps like Nuketown, a well placed Rolling Thunder can easily kill the entire enemy team as the splash damage from the bombs can sometimes penetrate deep into buildings, but this can pose a risk to the operator's life too.It is only advisable to use the Rolling Thunder here if it is the player's final killstreak or else the player will almost definitely die, ending their killstreak. On a very rare occasion, a player can get a double kill from each enemy on the map Nuketown. For game modes where teams have set spawns, no kill-streak restriction time and carry-through-round killstreak enabled (such as Hardcore Capture the Flag), calling in an airstrike against opposition the instant the round begins has the ability of wiping out the entire opposing team. This allows for an additional 5 or 10 seconds of unopposed ground advancement by the team which called it in (that is, if there are no survivors on the opposing team).

Use of Rolling Thunder in Hardcore modes is questionable at best, since it is likely to kill as many teammates as it does opponents. The killstreak initiator can provide initial text or voice-chat warning in Hardcore mode (or any other game mode with friendly-fire enabled) to friendly forces before calling it in, minimising collateral damage.

The player may escape a strike by going prone behind the army truck on Nuketown, providing that it is already blown up. They can also survive by waiting on the stairs inside the houses, which will protect them as long there are no explosives nearby.

An example of a Rolling Thunder run on the map Array.

The Rolling Thunder seen from Call of Duty ELITE.

Rolling Thunder in a Care Package.

The targeting reticle for Rolling Thunder.

Rolling Thunder through the kill-camera. 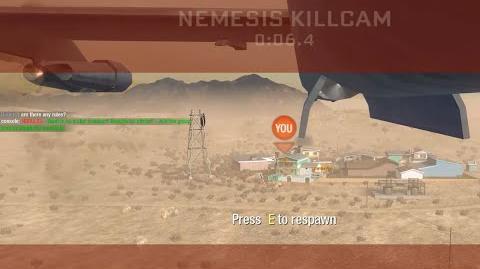 The Rolling Thunder returns as a scorestreak in Call of Duty: Black Ops III. It requires a scorestreak of 900 to acquire. Instead of calling in a bomber, sets of explosive drones will arrive, dive bombing a selected path in pairs.

Rolling Thunder drones have low health and can be destroyed, though it can be difficult to hit them due to their speed. The most effective method is to use an automatic weapon such as an LMG and fire at them as they are diving towards the ground. FMJ is very helpful in this situation. Launchers can lock onto the drones, though will almost always miss as the drones will likely have dived by the time the rocket fires.

This streak has been buffed multiple times and now has a third set of drones instead of two, moves faster and has more health. The streak now covers a massive portion of a map, even covering the entirety of Nuk3town, because of the huge blast radius and number of drones.

The drones themselves fly normally but rotate themselves 180 degrees when dropping for the attack, with their air intake now point down. 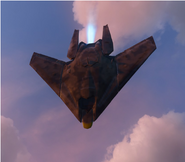