Start a Wiki
watch 00:55
Who is Ronald "Red" Daniels
Do you like this video?

Corporal Ronald "Red" Daniels[1] is the main protagonist of Call of Duty: WWII.

He joined the army on March 7th, 1944 wanting to live up to his father's legacy. As he had been never left his hometown, he acted naive and sheltered from the outside world.[2] He left home to join the army and was assigned to the 1st Infantry Division and was deployed to Europe. Red is also engaged to a woman back home and finds out that she is pregnant with their first child.

Daniels was born sometime in 1925 in Longview, Texas to Emmet Daniels, a World War I veteran who was awarded the Sliver Star for his action at the Battle of Cantigny. There was a particular incident when Daniels and his elder brother Paul went hunting for wolves who were killing their cattle, Redford was surprised by a wolf that started attacking his elder brother, panicking he was unable to load his rifle in time, fortunately, Paul managed to kill the wolf with his knife. Unfortunately, moments after Paul lectured his brother, he collapsed and died of his wounds. 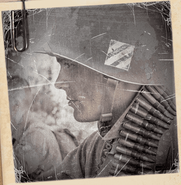 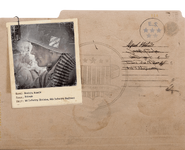 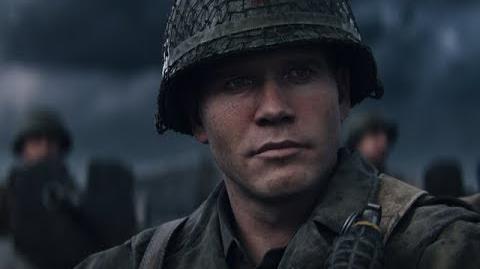 Retrieved from "https://callofduty.fandom.com/wiki/Ronald_%22Red%22_Daniels?oldid=2421234"
Community content is available under CC-BY-SA unless otherwise noted.