roppen is the user for Dr. J. Robert Oppenheimer, who has an account on the Dreamland server. More information on Oppenheimer can be found in this separate page.

This account uses a non-secure password, trinity, a reference to Oppenheimer's involvement in the development of the atomic bomb during World War II.

The following is a transcript of the first in a series of recordings that originated from the Der Riese test facility in Lower Silesia. The voice heard in this recording is confirmed as DR. LUDWIG MAXIS, a leading member of a German Top Secret elite research team known as Group 935.

The following text is presumed to be an introductory speech

MAXIS: Gentlemen. Allow me to take this opportunity to welcome you to Group 9-3-5. This is a prestigious moment in this history of our race. You represent the future of technological advancement. You are the pioneers of human discovery. In your hands lies the destiny of mankind. In our hands is a great power and with that power comes a price.

MAXIS (cont): You have volunteered to be part of this great experiment and with that decision comes the responsibility of absolute secrecy. No one is to know what you do, where you work, what our research has discovered, or what our purpose will be. You will have no further contact with your governments or your families. Your decision to fully dedicate your lives to Group 935 is absolute.

MAXIS (cont): In your lockers you will find your field ops manual which will direct you should our manifest get compromised. We cannot afford to let this power fall into the wrong hands and therefore the field ops manual should be considered your bible. Make your preparations now. A new dawn is beginning for mankind.

The following is a transcript of the second recording originating from the Der Riese test facility. The first voice is that of Dr. Ludwig Maxis. The second voice is confirmed as belonging to Dr. Edward "The Butcher" Richtofen, another member of Group 935 and Dr. Maxis's primary assistant.

MAXIS: Get a hold of yourself and clean that up! Test number 3 unsuccessful. Test subject has been reduced to the same state as previous subjects. Clean up the test chamber and re-calibrate the system! Let’s do it again.

The following is a transcript of the third in a series of recordings that originated from the Der Riese test facility in Lover Silesia. The first voice heard in this recording is DR. LUDWIG MAXIS. The second is his daughter, SAMANTHA MAXIS (approximately 6–10 years of age). The reason for her presence at the test facility is unknown.

MAXIS: Now, you must be very diligent with her Samantha. Owning a dog is a great responsibility.

MAXIS: You must feed her everyday. And walk her. And be very careful when you play with her. You know she's going to have puppies?

SAMANTHA: Really? Can I keep the puppies too, father?

MAXIS: We'll see Samantha. One step at a time.

The following is a transcript of the fourth recording originating from the Der Riese test facility. The first voice is that of Dr. Ludwig Maxis. The second voice is Dr. Edward Richtofen. There is also a dog present in the room during this exchange. The assumption is that this dog is the one referenced in the previous dialogue between Dr. Maxis and his daughter Samantha.

MAXIS: Edward, tie the damn thing down. We can’t have it running around during the test.

RICHTOFEN: Searching for vitals. No readings Doctor. And, the subject... has disappeared. Doctor Maxis, we’ve done it!

MAXIS: Don’t be foolish! Test number five is unsuccessful. Subject has vanished, yes, but has not reappeared at the mainframe. Recalibrate the damn system no-!

The following is a transcript of the fifth in a series of recordings that originated from the Der Riese test facility. The voice heard in this recording is DR.LUDWIG MAXIS.

The source of the logged "groaning" is unconfirmed. However, earlier reports indicate that this sound may originate from a test subject involved in Dr. Maxis's reanimation experiments.

MAXIS: It’s all right. Stay there.

MAXIS: Bring me another.

The following is a transcript of the sixth in a series of recordings that originated from the Der Riese test facility in Lover Silesia. The voice heard in this recording is DR. LUDWIG MAXIS. This transcript is a dictation of a letter to the Reichstag High Command requesting additional funds for the Wunderwaffe projects. The recipient of this dictation is his presumed secretary, a woman by the name of SOPHIA (full identity unknown).

Note that Dr. Maxis makes reference to “operative in America.” The identities of these operatives were never uncovered.

MAXIS: Sophia, this letter is to go to the Reichstag High Command immediately.

MAXIS (cont): Gentlemen, it is with the utmost urgency that I draw your attention to the lack of funding being injected into The Giant project. While I believe we are close to realizing the ultimate plan, we still have several years of development before it is ready. It would be folly to cut our expenditure so early in our development.

MAXIS (cont): As you know, early tests on the DG—2 have easily outperformed expectations and we fully anticipate mass producing the Wunderwaffe within the next few years. Work on the matter transferrer has, however, come to a standstill. We simply do not have enough Element 115 to continue the experiments. The test subjects have survived teleportation but are currently unresponsive to commands and cannot be controlled. If we are to overcome this obstacle we need to increase the frequency and size of the experiment.

MAXIS (cont) : To this end, I suggest we find not only a regular supply of 115, but that we also find a larger conduit to channel the energy. Our operatives in America have informed us that the US have a large supply of the element at the Nevada base, so time is of the essence if we are to stay ahead of them. This cannot be done if you cut the budget; nor can it be done if you insist on pressuring us into action before we are ready. I am of course available for discussion of the matter but in the meantime, I will continue with the work here and try to win this damned war. Signed etc., etc. Doctor Maxis.

The following is a transcript of the seventh in a series of recordings that originated from the Der Riese test facility. The first voice heard in this recording is DR. LUDWIG MAXIS. The second voice is DR. EDWARD RICHTOFEN. The third belongs to Dr. Maxis’s daughter SAMANTHA.

The events that follow indicate a betrayal on the part of Dr. Richtofen that results in the apparent death of both Dr. Maxis and his daughter, Samantha. However, their deaths cannot be confirmed.

MAXIS: Damn it, Edward! Did you set up the device correctly?

RICHTOFEN: Yes Doctor. As per your specifications.

MAXIS: If you had done it to my specifications then it would have worked, wouldn‘t it? As usual your incompetence has.... What?

RICHTOFEN: Do you hear that, Doctor?

MAXIS: Quiet, you fool. Test number six is a failure. But, the experiment has caused some kind of electrical force to energize within the chamber. Well, open the door.

[The sound of a door opening.]

SAMANTHA: Daddy, what are you doing with Fluffy?

MAXIS: Damn it, Samantha. I told you never to come in here. Edward, get her out of here.

SAMANTHA: What’s wrong with her? Daddy, what did you do? Fluffy!

MAXIS: Come back here. Samantha. Stop her! Easy. Come here Samantha. Good girl, honey. Gently, Samantha. That’s not Fluffy anymore. We must get out of here!

[The sound of a door closing.]

MAXIS: What? Edward what are you doing? Open the door. Edward. Open this door now.

The following is a transcript of the eighth and final recordings that originated from the Der Riese test facility. The voice heard in this recording has not been identified. However, the events that follow appear to be the catalyst for the deserted nature of the facility.

UNKNOWN SUBJECT: But I’m all out of hope.

[Alarm goes off followed by an automated P.A. System Warning.]

P.A.: Warning, the shield is now active. Destroy the designated materials and report to the barracks. This is not a drill.

UNSUB: Dammit! I can’t find my pills. They are coming. I must do what I must do.... God forgive us all!

[Many voices talking at once amidst sporadic screaming.]

[A sound that can only be described as a howl.]

What follows is the chronological primary sample from the Der Riese project “Datenbediensteter” (translated: DATA SERVANT). Sample was acquired from CIA asset based out of Vozrozhdeniya in the Soviet Union and is translated from its original German Below:

Gun in my right hand

And a cola in my left

Bring me the meatsacks

Could use a Revive

Went down the lake

Stumbled upon a secret

Will not sleep again

Were to burst forth at once in the sky

I have become death the destroyer (shatterer) of worlds

This text file is a reference to the Trinity atomic bomb test. 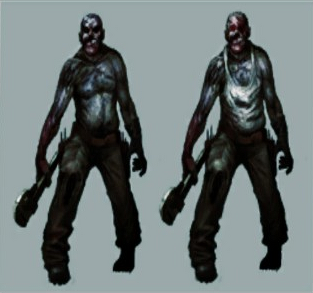