"In case you boneheads have forgotten, the world is broken. Very broken. The dead walk the earth, and what remains of civilization is at the mercy of forces we barely understand."
— Russman

Russman is a playable character in the Zombies game mode. His name was revealed as Russman in-game by various quotes and also in the credits. However, as seen in the Buried intro, he does not manage to remember his full name.

In Call of Duty: Black Ops II, he appears as a playable character in the maps Tranzit, Die Rise, and Buried, where he joins forces with the rest of the Victis crew.

Russman, with the Victis crew, takes a central part in the Zombies Comics.

He can be seen in Call of Duty: Black Ops 4 in the map Blood of the Dead in a cryopod and added to Blackout with Operation Apocalypse Z. He is also heard in Alpha Omega and is a playable character along with the rest of Victis in Tag der Toten.

His appearance is of an elderly African-American man with white hair, wearing a brown trench coat and jeans. He wears a boot on one foot and a sneaker on the other, giving him the appearance of a homeless man.

Russman was formerly a Broken Arrow agent before an outbreak of zombies at the Shanghai facility, which was either mistakenly or intentionally caused by members of Broken Arrow (possibly Russman himself). During his tenure at Broken Arrow, he and George Barkley traveled to Camp Edward and transferred a sample of the entity trapped within the APD to a site in Hanford, Washington. The outbreak at the Shanghai facility was connected to the larger global zombie pandemic that followed Richtofen's Grand Scheme. Around the time of the incident, he became homeless, and began to travel around the world. At some point, he met Samuel J. Stuhlinger, and the two traveled together. Russman also commandeered a bus, driven by a robotic driver, to a town in Washington, where he and Stuhlinger met Marlton Johnson and Abigail "Misty" Briarton. It was here that the four survivors were contacted by Dr. Ludvig Maxis, who instructed them into activating the Pylon tower located there, which acted as a polarization device. At the same time, Stuhlinger also heard the voice of Edward Richtofen in his head, telling him to activate the tower in his own method for unknown purposes.

After activating the tower, the group was teleported by Richtofen to a skyscraper in Shanghai. Russman managed to save Stuhlinger, who was talking to Richtofen at the time, from a horde of zombies. However, he was then tackled by a Jumping Jack, and was ripped in half. The other three were killed soon after as well. However, Richtofen then somehow revived them (though they have no memory of being killed), in order for them to carry out his tasks. Once again, Maxis and Richtofen continued to give the four survivors instructions on activating the second polarization device.

After the task was done, the group traveled on foot towards Africa. They set up camp in the desert, planning what to do next. The day after, the survivors proceeded to "the rift", and ended up in an underground Western town. Here, Maxis and Richtofen continued to give the survivors instructions to activate the third tower, and warned them of the other's plans. In the end, their allegiance shapes what happens to them next. Canonically, the group follows Maxis' instructions. They survive his endgame, however, and in the Call of Duty: Zombies (comic) they are returned to the surface by way of teleportation, beginning a new journey to assist Primis Richtofen in acquiring the Kronorium.

If the player decides to follow Maxis' side of all three Easter Eggs, Maxis assumes control of the zombies (giving them orange eyes in the process), and sends Richtofen's soul into a single zombie (which has blue eyes). However, Maxis then reveals his true intentions of destroying the Earth to reach Agartha, and informs the survivors that they will perish along the way.

If the player decides to follow Richtofen's side of all three Easter Eggs, Richtofen enters Samuel's body and uses him as a physical host on Earth, with his eyes now flickering blue. Maxis, meanwhile, is banished by Richtofen from the systems of Griffin Station for good. Russman's corpse is seen on round infinity, indicating that he was killed by the zombies.

He, along with the rest of Victis, would be awakened beneath Alcatraz by Ultimis (now Undead) Richtofen and sent to Siberia, where Victis would be tasked with constructing the Agarthan Device. After the Device was completed and sent to Nikolai Belinski, it was used to banish the Multiverse to the Dark Aether - along with Victis.

Russman seems to despise Marlton greatly, which is a mutual contempt. He pities Samuel and often gives support, though Russman occasionally calls out to him when ammunition runs dry. Russman likewise doesn't seem to have much respect for Misty, although they knew each other before the outbreak started. He is a very spiritual person, as he believes the Mystery Box to be the work of the devil (often calling it a "Devil Box" in anger), while conversely, he believes the Pack-a-Punch Machine to be the work of the angel (calling it an "Angel Machine"). He is pessimistic and grumpy a lot of the time, suffers from memory loss on occasion, and sometimes refers to himself in the third person.

Russman also appears to be fond of explosives, particularly the War Machine. However, Russman holds a high disdain for sniper rifles. Likely it is because of his hate for Marlton, who is very fond of sniper rifles, or perhaps the fact that explosive-launching weapons are incredibly different from sniper rifles. As well, he has a liking for some pistols, particularly the Five-Seven and the Remington New Model Army, which is slightly similar to Samuel Stuhlinger, who also favours the Five-Seven. 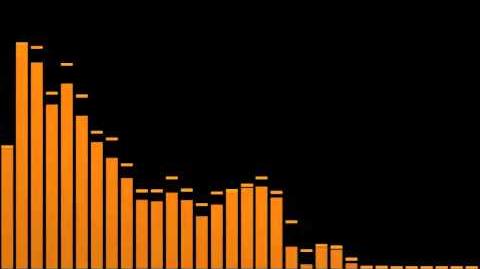 Russman being mauled by a Jumping Jack.

Russman (far right) after being revived with the other characters.

Russman with the others at TranZit.

Russman with the others at Die Rise, wielding a War Machine.

Russman frozen in Blood of the Dead.

Russman watching as a horde of Zombies attempt to enter the lab.