For the Call of Duty: Infinite Warfare remake, see Excess.

The battle is between Task Force 141 and Afghan OpFor. It is set in an oil yard in the middle of the desert. It is considerably larger than Shipment from Call of Duty 4: Modern Warfare, though it is the smallest in Modern Warfare 2. It features a tall tower surrounded by open space with some cover such as containers and some pipes. The central tower has a ladder and two connecting pipes to reach the top, allowing players to see the area below. There is another elevated area in the corner by accessing the round pipeline. Behind this building is a small tunnel, one of the few areas that provide good cover from air attacks. Furthermore, the area around the tower has two hidden "tunnels", one by the ladder, and the other on the other side. They are very dark and small, and can be used by stealthy players to ambush enemies.

Rust is the 'spiritual successor' to Call of Duty 4: Modern Warfare's Shipment. While the majority of Rust's layout is different, the two maps are both very small maps with square layout. This is also one of the more multiplayer-flexible maps. Close range weapons will work arguably the best here, but longer range weapons such as assault rifles, light machine guns and semi-automatic sniper rifles can perform well too. Due to the small size of the map, players will spawn within close proximity to each other. Occasionally, players will spawn directly in someone else's line of sight, resulting in very quick kills. There are very few viable camping spots as most locations are exposed or easily accessible.

This map is generally difficult to play on in large team games due to the amount of spawnkilling and explosive spam.

This is a good map if the player wants to achieve as many kills in a single match as possible, so long as the player is oblivious to their own number of deaths, as the close proximity of the combat allows often results in both quick kills and deaths.

Some killstreaks can work extremely well on this map, particularly with Danger Close. For instance, AC130 and Chopper Gunner can reign the player multiple kills very quickly, and Stealth Bomber can reach almost every area of the map, making avoiding it nearly impossible unless the player is under solid cover (in which case the player will still suffer a shellshock). However, due to the very fast action on the map, obtaining the killstreak rewards can be rather difficult before the player is killed. 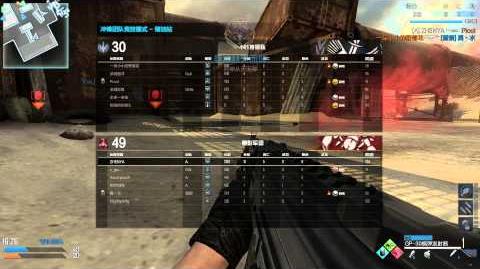