For other uses, see Safeguard.

Safeguard is a gamemode in Call of Duty: Ghosts. It features four-player co-op against escalating waves of A.I. controlled enemy soldiers, similar to Call of Duty: Modern Warfare 3's Survival Mode. The mode has three variants; Safeguard, which lasts for 20 rounds, Safeguard Extended, which lasts for 40 rounds, and Safeguard Infinite which lasts for 100 rounds. Compared to Survival Mode, the gameplay in Safeguard is less arcade-like, and much closer to a multiplayer match. The player can survive less damage than in Survival Mode, while enemies are less numerous but individually more powerful. There is no purchasing system; instead weapons, Perks, and Killstreaks are periodically air-dropped into the combat zone during rounds. The player also passively has Resilience and Tac Resist.

Individual weapons have their own leveling up bars, in which the more it is leveled up, the more damage it does and the better it performs. If a weapon is switched but later picked up from a different crate, it will restart. Acquiring a weapon you already have from a crate will instantly level up the weapon and refill its ammo. During the rounds, players' performances will fill up a Support Drop bar, which when filled, crates will fall from the sky. Crates with green outlines signify that the reward has not been changed yet. Crates with yellow outlines signify that the reward has been changed once and changing it again will result in the Ammo reward. Crates with a tan outline signify that the reward has been changed twice and cannot be changed again. These crates will always contain the Ammo reward. Crates with blue outlines hold killstreak rewards, such as a Sentry Gun, I.M.S., Battle Hind, etc.

Players start with an MP-443 Grach. As the rounds progress, enemies will increase in numbers and difficulty, spawning dogs, riot shielders, and more. At the start of some rounds, all players can get a random Field Order (getting 10 headshots, 10 knife kills etc..) the Field Orders are "Team Field Orders" meaning that all Field Orders are done collectively, when a Field Order has been completed, all players gain a Minigun with explosive ammo (which also apply to the players' other weapons) for a limited time. The Minigun can also be upgraded to increase its performance. There is also a Perk from the support drops called "Trigger Happy". It will instantly refill the player's magazine after they have killed an enemy. It acts as an instant and automatic Sleight of Hand.

There is no Self Revive in Safeguard, however, players start each game with the ability to call in an A.I. controlled Ghost Squad teammate who can revive downed players. Once killed, the A.I. controlled squadmate cannot be revived or re-summoned until later rounds where the option to call another in will be available. Ghost Squad teammates will become available every 20ᵗʰ round (Round 21, 41, etc.)

The weapons in the Support Drop crates, while random, are still limited to a few specific weapons.

The Lynx sniper rifle is used exclusively in the Helo Scout Killstreak.

The Minigun can be earned by the player and their team in Safeguard by completing Field Orders. It has explosive ammo and is very effective against all enemies, though it lasts for a limited amount of time (one minute).

Every fifth round (round 1, 6, 11, etc.) is a Loot Round. When this happens, Care Packages will spawn around the map, containing Strike Package Rewards. Once the next wave starts, all of the care packages will disappear. However, if one is being captured and the next wave starts, then the crate will not disappear unless the player discontinues the process of taking it.

Enemies in Safeguard are referred to as "Infected" by the level announcer, and as "Federation" by the victory screen. Safeguard has less enemy variety compared to Survival Mode, with enemies behaving more similarly to multiplayer bots than campaign enemies. Enemies in Safeguard do not drop their weapons after being killed. Additionally, their health and power increases rapidly with each successive wave, allowing them to survive more damage and kill the player more effectively, with enemies in later waves able to survive more than a dozen rounds from some weapons.

Soldiers attacking the players in Safeguard, on the multiplayer map Strike Zone. 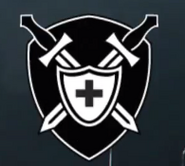 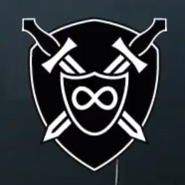 The Safeguard Infinite insignia.
Add a photo to this gallery

Retrieved from "https://callofduty.fandom.com/wiki/Safeguard_(Ghosts)?oldid=2062694"
Community content is available under CC-BY-SA unless otherwise noted.