For other uses, see Safeguard.

"Teams alternate in escorting a non-combative robot into the enemy territory. Deliver the robot to win."
— Official description.

The team will get a point if they completed their objective that round (escorted the robot to the objective, or prevented the robot from entering the objective). Should the game go to overtime, it works similarly to Capture the Flag in Overtime, as the teams must post a time record for how fast they were able to escort the robot into the objective, and whichever team has the fastest record, or a record at all, will win overtime and the game.

The defensive team has the ability to disable the robot by shooting it, throwing lethal equipment at it, or by using specialist weapons. When the robot takes enough damage, it will be disabled, and the offensive team must wait until the robot reboots automatically. 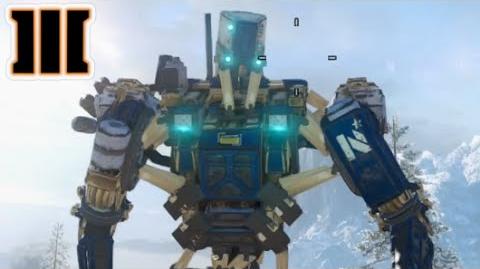