All Ghillied Up (in-game)
Heat (chronologically)

"According to Nikolai, Al-Asad may be hiding in a safehouse in Azerbaijan. I hear it's lovely there this time of the year. Let's go get him."
— Call of Duty: Modern Warfare Remastered level description

"Why'd you do it? Where did you get the bomb?"
— Captain Price to Khaled Al-Asad

Nikolai has told Captain Price and his team that Khaled Al-Asad may be hiding in a safehouse located in Azerbaijan which he has used previously. MacTavish and the team get dropped off at the small village where they believe Al-Asad is hiding.

The team, supported by a Russian Loyalist squad member (his name is randomly generated) and a helicopter, search the buildings for Al-Asad while attacking the Ultranationalists who are protecting him and killing the villagers. They search through four safehouses, each one containing Ultranationalists. Eventually, they find Al-Asad in the last of the buildings. Price kills Al-Asad's bodyguards, and then tackles Al-Asad to the ground and continually punches him. Soon, Price ties Al-Asad to a chair for interrogation, demanding to know who gave Al-Asad the bomb, punching him again and again. A cellphone rings, in which Gaz picks it up and tosses it to Price. Price listens, and then gets mad. He then turns to Al-Asad, and kills him by shooting him with his pistol. As Gaz asks who that was on the phone, Price says that it was Imran Zakhaev, and finds out that he is the leader of the Four Horsemen. 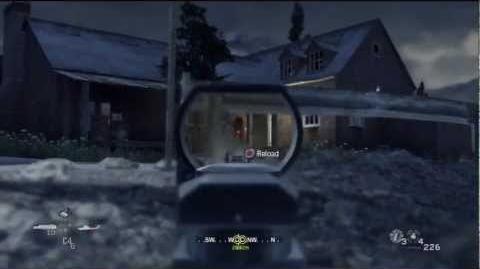 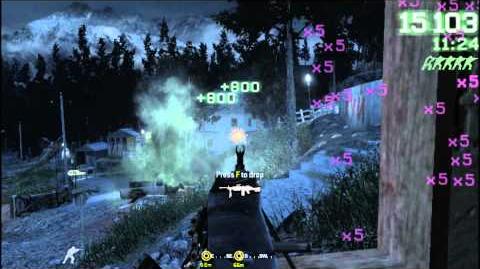 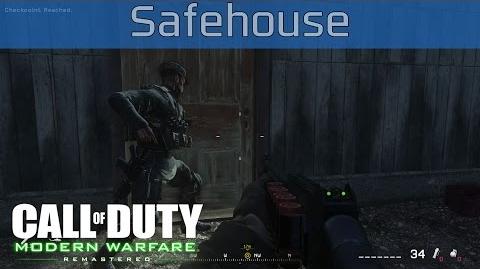 Laptop 18
Add a photo to this gallery

Retrieved from "https://callofduty.fandom.com/wiki/Safehouse?oldid=2587084"
Community content is available under CC-BY-SA unless otherwise noted.