Call of Duty Wiki
Register
Don't have an account?
Sign In
Advertisement
in: Call of Duty: Black Ops Wonder Weapons

For the perk of the same name, see Scavenger (perk).

The Scavenger is a Wonder Weapon (the eighth in appearance) exclusive to the Zombies map Call of the Dead in Call of Duty: Black Ops. It was created by Harvey Yena, the Pack-a-Punch name deriving from the latter.

The Scavenger can be acquired from the Mystery Box for 950 points. The Scavenger is a bolt-action sniper rifle that fires special explosive rounds, that detonate three seconds after being fired. The round will stick to whatever surface it was fired at, including zombies. When it explodes, the Scavenger's round will create a large explosion that deals an impressive 11500 damage, netting a one-hit kill against zombies for a good number of rounds.

The Scavenger uses a low 3-round magazine, and has a relatively short reload time, akin to the Intervention from Call of Duty: Modern Warfare 2. The player's starting loadout is a low 15 rounds, but considering the Scavenger's massive power, this is usually not hindering.

The Scavenger is an extremely powerful weapon that can be used for eliminating large groups of zombies. Considering the very large damage as well as wide splash radius, PhD Flopper is heavily recommended as it will negate self-inflicted damage with the Scavenger, making the weapon more suited at close range. Speed Cola may also serve good purpose as the magazine size is small and will make reloads quite frequent. Considering the low available ammunition, it is advised to use the Scavenger on large numbers of zombies at once, to avoid wasting ammunition.

A downside of the weapon is that players may unintentionally anger George A. Romero if he was caught in the blast radius of an explosive round. Nonetheless, with the high damage, it is a weapon of choice to weaken him. Due to its immense power, the Scavenger rivals the Wunderwaffe, as both are one hit kills on zombies, even in the extremely high rounds.

When Pack-a-Punched, the Scavenger becomes the Hyena Infra-dead. The Hyena Infra-dead gains doubled damage, magazine size and starting/maximum loadout, and replaces the default scope with an hybrid of a Variable Zoom and Infrared Scope. As well, explosions are now purple instead of yellow. The Hyena Infra-dead's damage allows the player to score one-hit kills for a large number of rounds, making it among the most useful weapons of the map. As well, it is a good choice to take down Romero.

First-person view of the Scavenger. 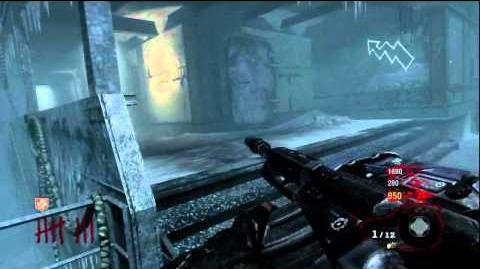 Zombies Call Of The Dead Scavenger New Weapon Gameplay
Scavenger in Call of the Dead. 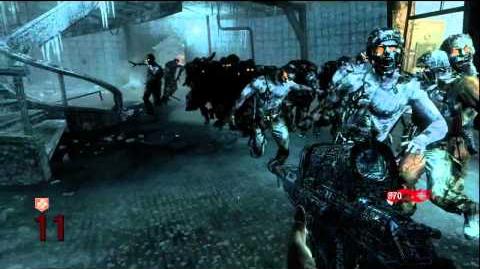