Suffer With Me (main story)
Dispatch 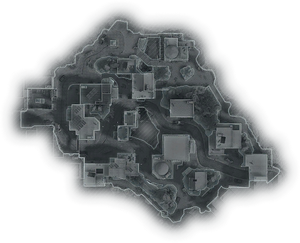 The player will have to search through 5 safehouses to find where Chloe is being held by the enemies. Chloe will most likely be in the last safehouse the player searches (She may be in the 3rd or 4th safehouse if the player is lucky). Once Chloe is found, the player has to escort her back from wherever she was held to the Strike Force team's insertion point to be extracted. The player can also opt to take control of Chloe, who can pick up weapons from dead enemies.

Once the player reaches the extraction point, a cutscene shows Chloe and the rest of the Strike Force team jumping onto the transport extraction, and the mission is completed.

Vector K10
Add a photo to this gallery 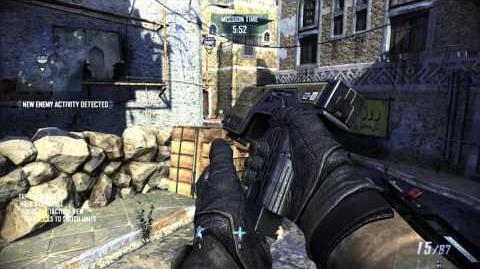 Troops arriving and the battleship getting ready to launch tear gas.

Moving through the gassed streets.

Using the minigun on the VTOL.

Using Karma to get to the extraction point.

Karma jumping on board.
Add a photo to this gallery

Retrieved from "https://callofduty.fandom.com/wiki/Second_Chance_(Strike_Force)?oldid=2401708"
Community content is available under CC-BY-SA unless otherwise noted.