Contingency (in-game)
Of Their Own Accord (chronologically)

Defend the crash site.
Get off the street and find shelter.
Follow Sgt. Foley. 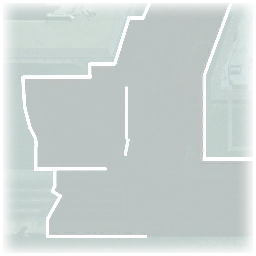 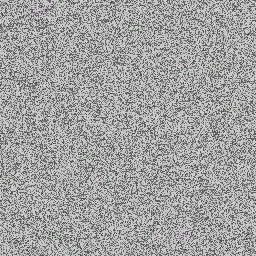 "Get to Whiskey Hotel."
— Description

The player starts out where "Of Their Own Accord" left off: Pvt. Ramirez's team has just been shot down by a SAM site and is making a last stand around the crashed helicopter. As Russian forces approach, the search light of an enemy helicopter whites-out the screen. When the screen comes back into focus, the player briefly takes control as Sat1, an unnamed astronaut on a EVA (Extra-vehicular Activity) mission outside the International Space Station (ISS). Mission Control in Houston requests a video feed from Sat1's Helmet Cam. ISS instructs Sat1 to look towards the dark side of the Earth for an unknown missile (the SLBM that Captain Price launched in "Contingency").

Sat1 looks at the unidentified missile that is flying from northwest, which then explodes hundreds of kilometres above Washington D.C., creating a HANE (High Altitude Nuclear Explosion), which generates an EMP (Electro-Magnetic Pulse), removing all power from most of the East Coast and the generated shockwaves destroy the International Space Station and kills Sat1.

Back down in Washington D.C., the squad is almost finished off when Russian forces retreat, and attack helicopters start crashing. The Rangers are initially confused, before Foley states that it is an EMP. They frantically avoid crashing helicopters and exploding vehicles before managing to take shelter inside a building. After the EMP is over, Foley takes point and leads the squad, carefully inspecting each area. The Rangers comment on how quiet the battle-worn streets are and how their sights are disabled.

Foley tells Cpl. Dunn to take point, and the squad soon spots an unknown soldier coming out from a building. Dunn yells "Star", before threatening to shoot them for not responding with the countersign. The soldier reveals himself as Pvt. Vaughan, who admits that he didn't remember the countersign, which Foley tells him is "Texas". Vaughan tells the group that Marshall is leading a strike force at "Whiskey Hotel" and that they should get there, as he continues deeper into the unknown to look for more American soldiers.

The squad enters the building and soon encounter Russian forces, which they promptly take out despite the nearly dark conditions with their accuracy reduced from the lack of sights. After making their way out, they encounter a group of Russians trying to free several of their compatriots trapped inside a BTR-80, who the Rangers kill and leave those trapped in the BTR. They soon encounter another group; Foley calls out "Star", and gets no response, so he throws a flare, startling the patrol and the Rangers promptly take them out.

They enter the Eisenhower Building and find the President's bunker, which Foley states is legitimate. Dunn opens the door and it reveals a desecrated area, and he hopes that everyone inside managed to get out in time as the screen fades to black.

The EMP detonation over the east coast of the United States, as seen from space.
Add a photo to this gallery

Retrieved from "https://callofduty.fandom.com/wiki/Second_Sun?oldid=2505103"
Community content is available under CC-BY-SA unless otherwise noted.